West Indies were 69/1 at stumps after bowling out Sri Lanka for 204 on a rain-curtailed Day 2 of the second Test at Galle International Stadium, here on Tuesday. Sri Lanka were 113 for 1 coming into t 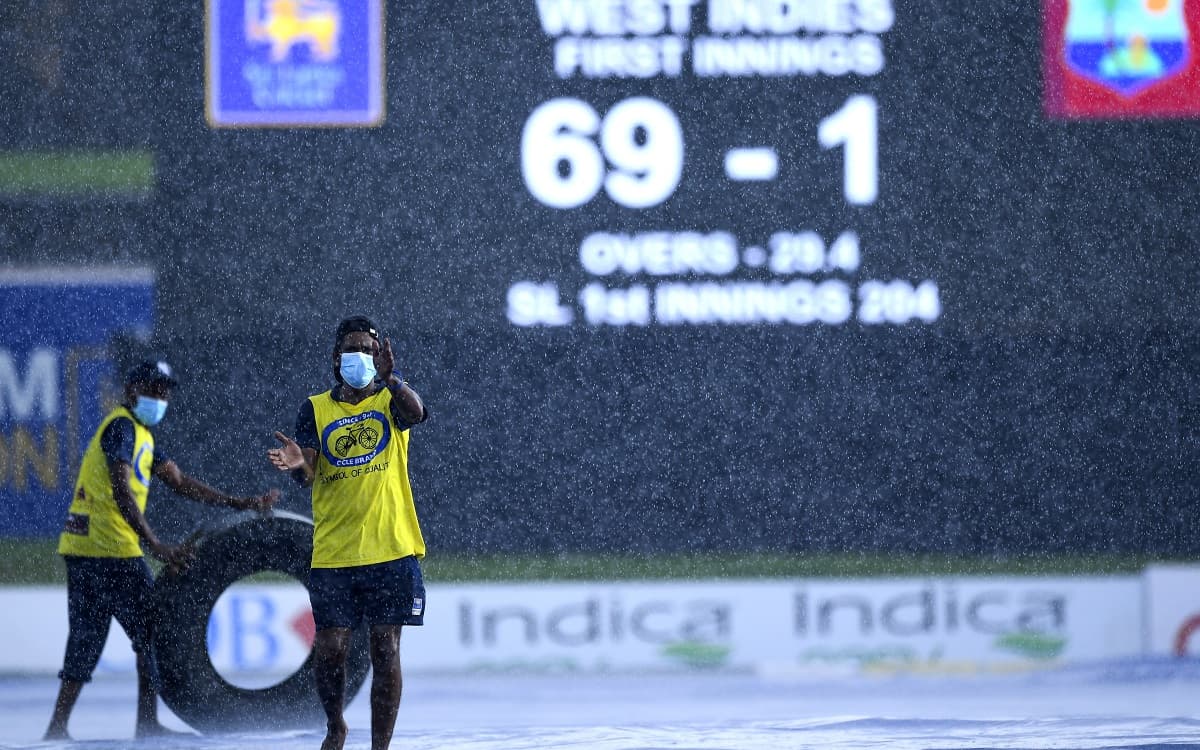 West Indies were 69/1 at stumps after bowling out Sri Lanka for 204 on a rain-curtailed Day 2 of the second Test at Galle International Stadium, here on Tuesday.

Sri Lanka were 113 for 1 coming into the day but Veerasammy Permaul starred with a brilliant five-wicket haul for West Indies and bowled out hosts on a small total.

Beginning the proceedings on Day 2, West Indies opted for spin at both ends with the left-arm orthodox of Jomel Warrican matched with Roston Chase's off-breaks. Lanka batters Pathum Nissanka and Oshada Fernando continued where they left off on Monday as runs flowed early, though they couldn't carry it longer with Fernando edging to wicketkeeper Joshua da Silva for 18.

Angelo Mathews joined Nissanka, though their aspirations of a solid partnership were quelled inside seven overs, thanks to a double strike from Veerasammy Permaul in just the second over of his spell. Trapping Nissanka in front for 73, Dhananjaya de Silva was punished for being in two minds, edging to the man with the gloves for just two.

The double-blow spelt danger for Sri Lanka, only compounded after Mathews hobbled off the ground after running a single. Spin continued to tangle Sri Lanka, with debutant Charith Asalanka (10) also undone by Permaul, whose questions continued to go unanswered.

Not to be outdone, Warrican was back in the act with two more of his own, dismissing Dinesh Chandimal (2) and Ramesh Mendis (5) in consecutive overs. Permaul then snapped up the next two wickets of Embuldeniya and Lakmal to bring up his maiden five-wicket haul in Test cricket.

It didn't take long for West Indies to wrap things up as Mathews (29) would be the last man to be dismissed. It was spinner again who did the damage as Warrican celebrated the scalp.

In reply, West Indies headed to lunch at 2/0. The openers - Kraigg Brathwaite and Jermaine Blackwood batted sensibly in the second session, treating the deliveries on their merit. They also look relatively comfortable against the Sri Lankan spinners, a massive improvement from their performance in the first match.

Blackwood (44) was closing in on his half-century when Praveen Jayawickrama delivered the first blow for the Lankans. Twelve deliveries post the wicket, rain arrived to ensure the officials were forced to take the players off the field with West Indies' score at 69/1.

Rain persisted for the remainder of the day, which meant that no further play was possible. The visitors though would be happy with their showing on the day with a brilliant performance in the field followed by a steady outing with the bat as they trail the hosts by 135 runs.