Singapore-born batting powerhouse Tim David was on Thursday called up by Australia for this year's Twenty20 World Cup on home soil, the only change to the squad that won the tournament last year. 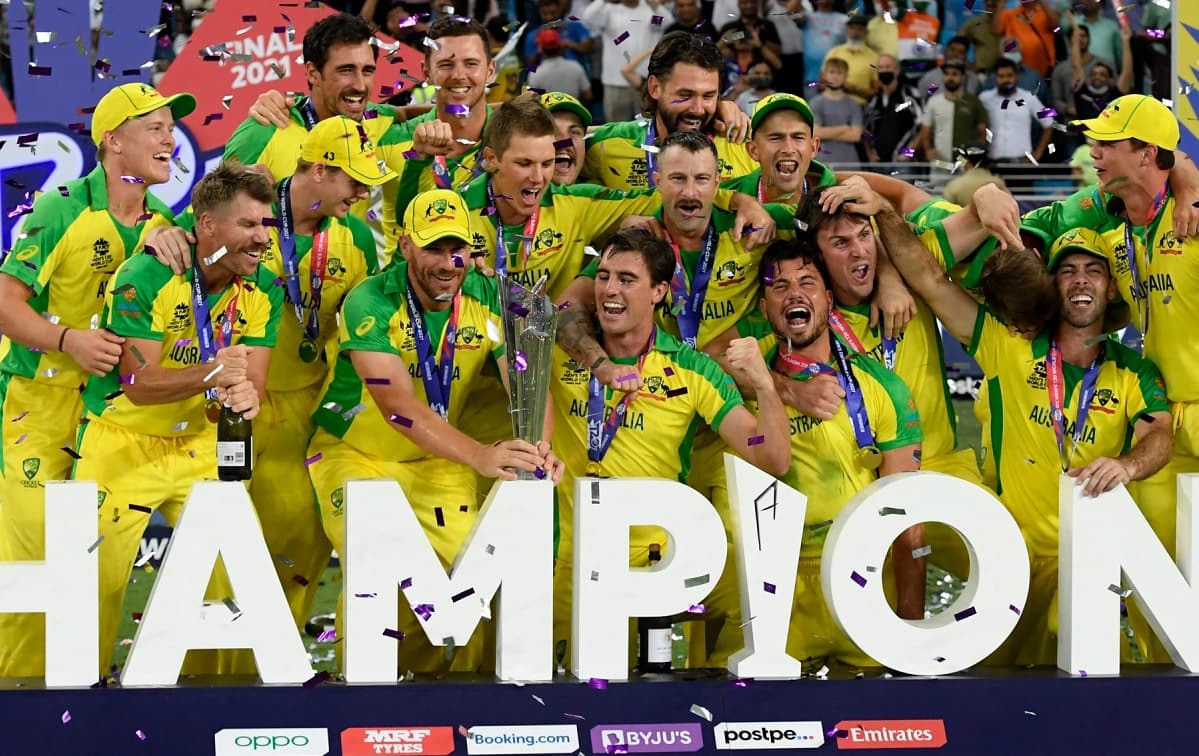 Singapore-born batting powerhouse Tim David was on Thursday called up by Australia for this year's Twenty20 World Cup on home soil, the only change to the squad that won the tournament last year.

David's stunning elevation comes at the expense of leg-spinner Mitchell Swepson with the 26-year-old earning his chance after a series of headline-grabbing individual performances across domestic cricket.

"Tim continues to establish himself with some quality performances in leagues around the world, earning a place in the squad," said chairman of selectors George Bailey of the giant middle-order hitter who was raised in Western Australia.

"He is a highly gifted, natural ball striker who will add extra batting depth to the group which has had a lot of success in T20 cricket.

"We expect him to play a similar role to that he has been playing in the past few years."

Right-hander David played 14 Twenty20 internationals for Singapore but is eligible to switch allegiance because he has Australian parents.

David has became one of the world's most sought-after finishers in short-form cricket after his exploits in the Indian Premier League and Australia's Big Bash League.

While Swepson was key at the last World Cup on the spinning wickets of the United Arab Emirates, helping Australia to their maiden title in an eight-wicket win over New Zealand in the final, David will be of more use in Australian batting conditions.

"He's the sort of player that could actually win you a World Cup," former Australia captain Ricky Ponting said recently of David.

"I know there are some other great world-quality players in the middle order for Australia, but probably none of them boasts the resume as good as Tim's over the last two years."

Pat Cummins returns to lead the 15-man squad after being rested for the current ODI series against Zimbabwe and next week's against New Zealand, while Adam Zampa is back in the squad following the birth of his son.

"This is a similar squad to that which became the first Australian's men's team to win a T20 World Cup who are now very excited about playing the tournament at home," added Bailey.

The World Cup squad will travel to India in mid-September for a three-match Twenty20 series, with the exception of David Warner, who will be rested, with all-rounder Cameron Green taking his place.

The eighth edition of the World Cup, played across seven Australian venues, starts on October 16. Australia will begin their tournament against New Zealand in Sydney on October 22.