India opener Shubman Gill opined that New Zealand pacer Kyle Jamieson looked in really good rhythm. He added that the over, post lunch, in which Jamieson dismissed him, was top-notch. 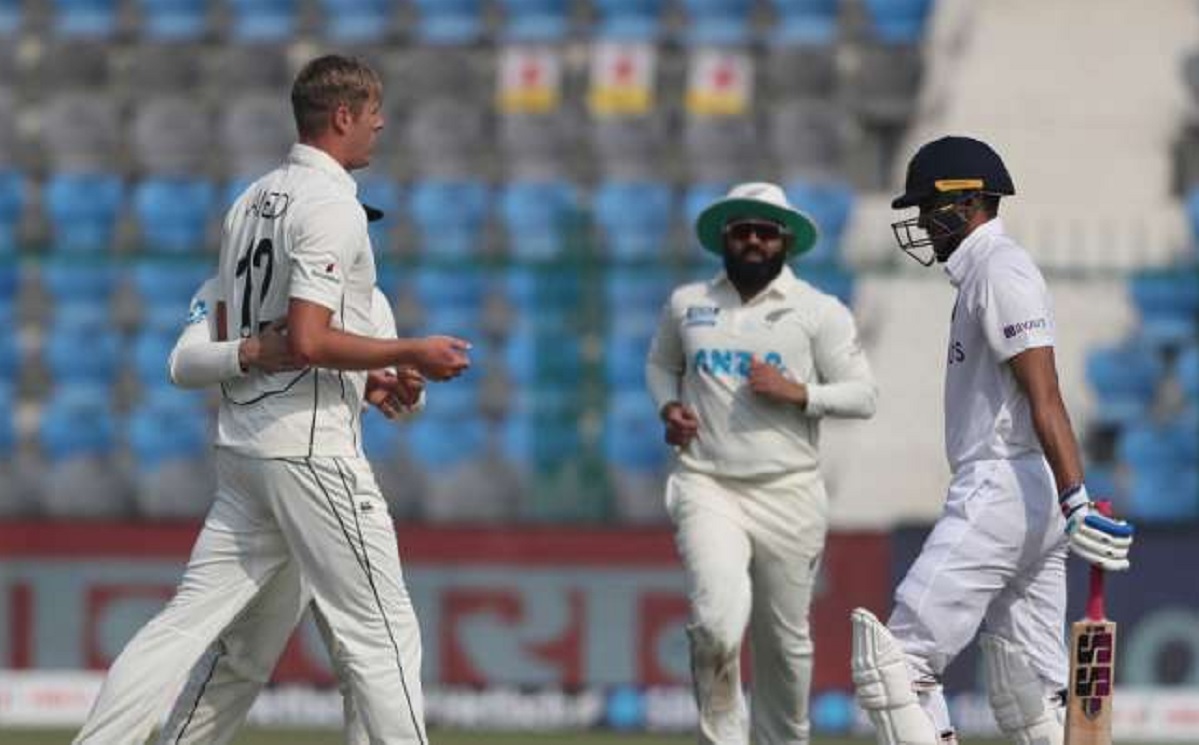 "I think Jamieson bowled pretty well today, especially in the first spell he bowled with the new ball. He bowled in pretty good areas to me and Mayank (Agarwal). When I came to bat after lunch, that over was top-notch, especially the whole spell he bowled. He looked in a really good rhythm," said Gill in the virtual press conference.

Gill was Jamieson's second victim of the day, inner-edging to his stumps through the gap between bat and pad while trying to defend. Talking about his dismissal, Gill remarked, "I think it is all about reading the conditions. It is sometimes difficult to know when the ball starts to reverse-swing. Especially after coming to bat in the lunch, I didn't expect the ball to reverse-swing that early in the game. But that's the thing about Test cricket. You have to read the conditions really fast. In this particular inning, I was not able to read the ball which dismissed me that well because I was not expecting the ball to start reversing this early."

Gill made a fine comeback to Test cricket after a shin injury ruled him out of the series against England, making 52 off 93 balls, including five fours and a six. "Obviously, it felt good. When you play a (Test) match after three months, it felt really good. To play a match in India, especially with the crowd back, we are looking forward to play the rest of the match," said Gill while replying to a question from IANS.

The 22-year-old felt the shift in opening and batting in middle-order is more of a mental shift rather than technical one. "I have opened for my state team and India A in first-class matches across other countries. I have batted in the middle-order as well. There is a little bit of tweaking when you play as an opener or you play as a middle-order batter. I think it is more on the mental side of the things rather than the technique or anything as such."

Gill signed off by saying that he expects the unbeaten 113-run stand between Shreyas Iyer and Ravindra Jadeja to continue on the second day. "The way Iyer batted on his debut inning in Test cricket, especially after we lost three wickets quickly in the second session. Jadeja and Iyer have stitched together a really good partnership for the team. Hopefully, it continues to post a good total tomorrow."