Delhi Capitals' skipper Shreyas Iyer, on Monday, surprised Royal Challengers Bangalore (RCB) as they chased 196/4 by pulling out his ace speedster Kagiso Rabada after just one over and bringing in spinners R Ashwin and Axar Patel for the third and fourth overs of the innings. 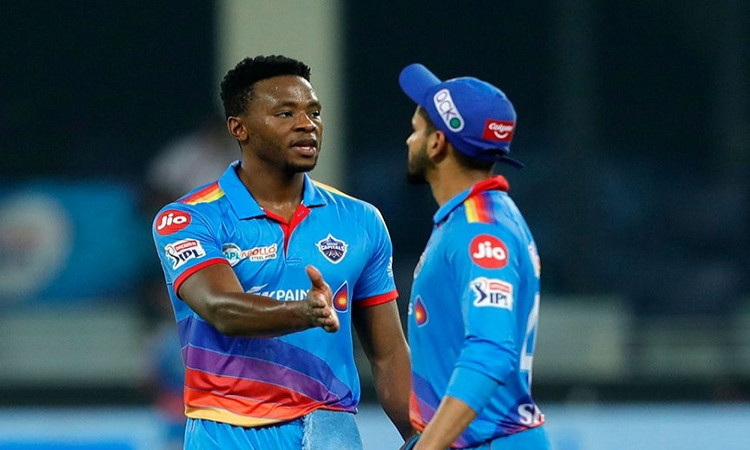 The RCB batsmen, it seemed, were not prepared for this move. The result was that openers Devdutt Padikkal and Aaron Finch returned to the pavilion. The move resulted in a wicket in each of those two overs -- with Ashwin removing Padikkal and Axar getting rid of Finch -- as RCB could never recover from there. They were restricted to 137/9 in 20 overs.

Also Read: Not A Complete Performance In Any Regard: Virat Kohli

Rabada later said he would have loved to continue bowling but he was fine with the decision as it eventually worked out.

"It was swinging a bit, so it would have been nice to bowl the second over. I don't think it was a bad call to take me off after the first over. At the end of the day it worked out," he said.

"I think if you want to be the best you have to adjust to the conditions. I think the spinners did a really good job today. They set up the game for us in the powerplay. Axar and Ashwin actually won us the game," said the South African.

Delhi Capitals suffered a blow when Amit Mishra was ruled out of the tournament on Monday with a finger injury. However, both Axar and Ashwin stepped up to the plate leaving their skipper happy.

"It is saddening when a senior player (Mishra) who was doing amazingly well gets injured, but we have got good replacements as well," said Iyer.

Axar, who was declared Man-of-the-Match for his bowling performance, said he had prepared himself to bowl in the powerplay.

"I knew it was stopping on the wicket. I knew I would bowl in the powerplay and I had practiced for it as well. I think I executed my plans really well."