Shreyas Iyer happy with his job as Delhi Capitals skipper

Bengaluru, April 7 (CRICKETNMORE):  As Delhi Capitals defeated Royal Challengers Bangalore by four wickets in an Indian Premier League (IPL) match, here on Sunday, visiting skipper Shreyas Iyer praised his bowlers for the result and felt he is doing a good job as the leader. 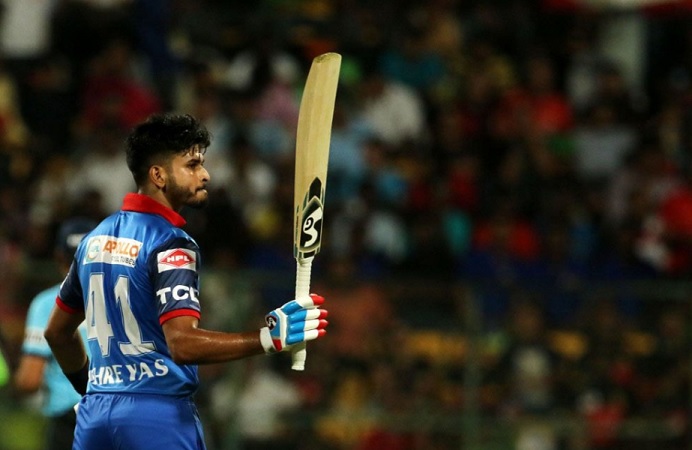 Iyer also contributed significantly with the bat as his 50-ball 67 laid the foundation of a win for Delhi.

Speaking after the match, the Delhi skipper said, "It was tough to bat but I decided to play positive. I did not want bowlers to get on top of me. That was my mindset and it worked out well. I was trying to manoeuvre the ball into gaps."

Praising his bowlers, Iyer said: "Our bowlers bowled really well. Especially Rabada in his last two overs. Obviously, we need to think about areas we need to work on. A victory gives big satisfaction. You get to see the smiling faces. I am doing alright as a skipper and want to maintain the tempo."

Kagiso Rabada, adjudged 'Man of the Match' for his match-winning figures of 4/21, expressed satisfaction over his performance. "It has been a weird tournament for us as a team. It worked for me today and am glad. On a daily basis, you try to execute your simple skills," he said.

"It is important to back yourself and I do it. I don't see myself as a leader. If people are looking for some advice, I am always there. I have a responsibility at the top of the innings and at the death," Rabada said.

It was Delhi's third win from six games. On the other hand, Bangalore suffered their sixth straight loss.