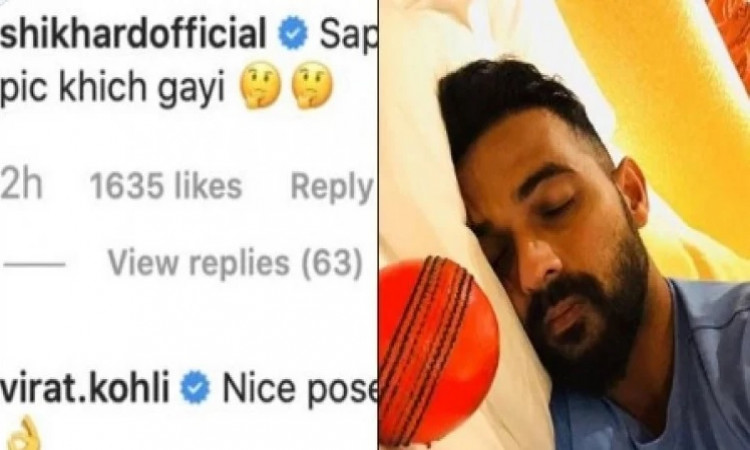 Kolkata, Nov 19: Ajinkya Rahane, Shikhar Dhawan and captain Virat Kohli were involved in a banter after the Test Vice Captain posted a picture of himself with the pink ball on social media.

India will face Bangladesh in the second Test, which is a historic Day-Night Test at the Eden Gardens in Kolkata starting Friday.

Ahead of the Kolkata Test, Rahane put up a picture on social media where he is posing with the pink ball and said: "Already dreaming about the historic pink ball test."

Skipper Kohli too joined in the fun and he lauded Rahane for his pose and said: "Nice pose jinksy."

The Mumbai batsman is scheduled to land in the city on Tuesday morning along with skipper Virat Kohli.

India thrashed Bangladesh by an inning and 130 runs in the first Test and will look to whitewash it here as they start their pink ball Test campaign.

The Kohli-led side are already on the top of the ICC World Test Championship chart with 300 points from six matches, recording wins in all six of them.