Tom Kohler-Cadmore blasted a brilliant 96 runs from just 39 balls as Deccan Gladiators thrashed Bangla Tigers by a massive 62 runs in the Abu Dhabi T10 at the Zayed Cricket Stadium. Though the English 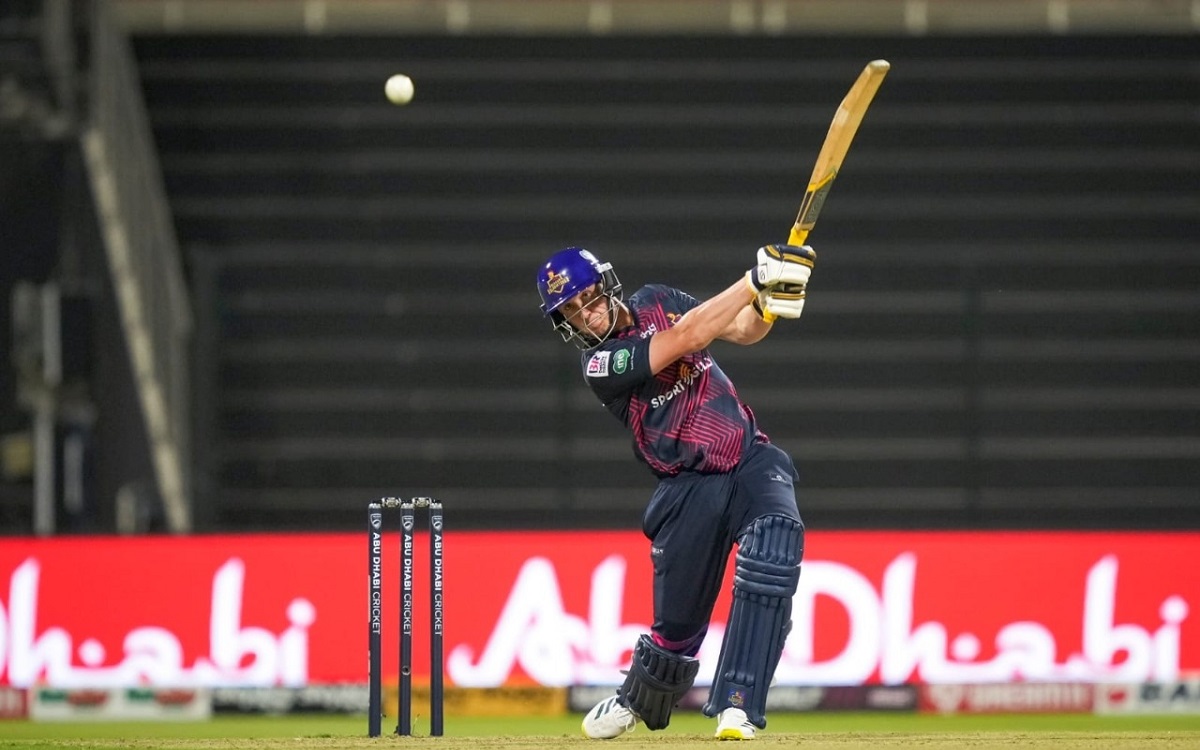 Tom Kohler-Cadmore blasted a brilliant 96 runs from just 39 balls as Deccan Gladiators thrashed Bangla Tigers by a massive 62 runs in the Abu Dhabi T10 at the Zayed Cricket Stadium.

Though the Englishman smashed the highest score in the T10 history, he regretted having fallen short of the first-ever hundred by four runs.

"Obviously, it's a shame when you get that close and not get it. It would have been nice to get the first 100 but there is always the next game. It's nice to be able to contribute."

The Gladiators outclassed the Tigers in all departments of the game. After setting a target of 140/1 from 10 overs, spinner Hasaranga de Silva took five wickets to restrict Bangla Tigers to 78 runs in 8.3 overs.

"We bowl outstandingly tonight as well and to restrict them how we did, it is credit to our bowlers and how well they have done for the full tournament."

"It's been a very hectic schedule. We had five games in a row. So, it's been quite nice to have a little break. Getting the two points is massive for us."

He said the batsmen are in fine form going into the final rounds of the tournament.

"It shows in our batting order. Everyone is just going out and everyone is trying to take the positive option and whack it. T10 allows you that freedom."

Prior to this innings, his top-score in the tournament was an unbeaten 51. Kohler-Cadmore has been dismissed six times in single digits but he said there was no pressure from the management because of his low scores.

"When you are not contributing to the team, it's one of the most frustrating sports in the world. But if you manage to get in and contribute, like, I have contributed twice with the bat out of 10 games. I would have liked to have got probably three out of 10. But two out of 10, if all our batters did that, the team would be in a great position."

Kohler-Cadmore had the rub of the green going his way as early in the match, Hazratullah Zazai dropped his catch.

"Today was my day. I had that little bit of luck going my way. When I hit in the air, it just goes over the fielder, stuff like that."

The Gladiators top the points table with 14 points from 10 matches, followed by Team Abu Dhabi at 14 from nine matches. In the second match of the day, Delhi Bulls defeated Chennai Braves by 10 wickets and are third with 12 points ahead of the Tigers with 10 points.