Shakib has been outstanding for us,says Bangladesh Skipper Mashrafe Mortaza 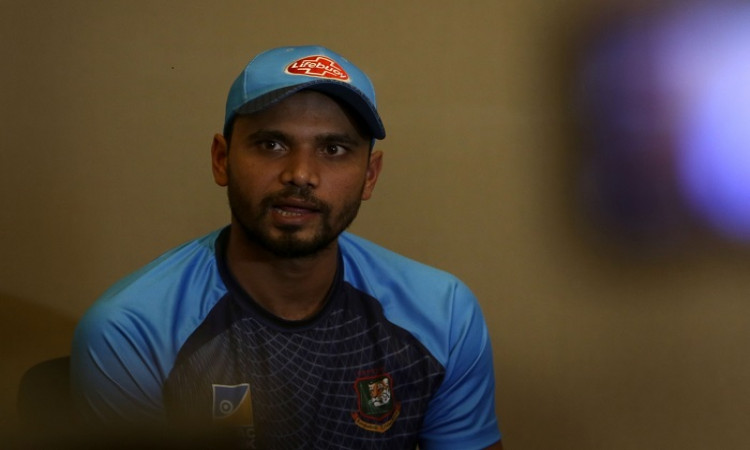 Southampton, June 25 (CRICKETNMORE) Bangladesh captain Mashrafe Mortaza was all praise for all-rounder Shakib al Hasan, who continued his golden run in the ongoing World Cup and helped the team register a convincing 62-run victory over Afghanistan.

On Monday, Shakib first scored 51 off 69 balls, which included four boundaries, to help Bangladesh post a competitive total of 262/7 at the Rose Bowl Cricket Stadium in Southampton.

He then went on take five wickets for 29 in his 10 overs to help the Bangla Tigers register their third win in the ongoing tournament and bolster their chances of making it to the semi-finals.

"He (Shakib) has been outstanding for us in the tournament, he keeps scoring runs in every game and also comes on to bowl whenever needed," said Mortaza at the post-match presentation ceremony.

The star Bangladesh all-rounder is currently the highest run-scorer of the tournament with 476 runs and also has ten wickets to his name.

Mortaza also sounded hopeful that Mahmudullah, who suffered a calf injury during the game, will be available for selection in the next game to be played against India on July 2.

"Obviously, that's a call for the physio to make (on Mahmudullah's calf injury) but there's a week left and I think he should be fine," said the Bangladesh skipper.

Meanwhile, Afghanistan skipper Gulbadin Naib admitted that the team was not able to replicate their performance which they came out against India in their last encounter.

"Obviously, the last game was tough but today, we weren't good on the field and gave 30-40 runs extra. It was a slow wicket with help for the spinners but batting wasn't that hard," said Naib.
Afghanistan have not been able to register a single win in the seven matches they have played so far. They are already out of the contention of making it to the semifinals and have two games left against Pakistan (Saturday) and West Indies (July 4).

"We have done a lot of good things in the tournament. To do well in such a tournament, you need to prepare well. We didn't have some things going our way like some key injuries and all," he added.