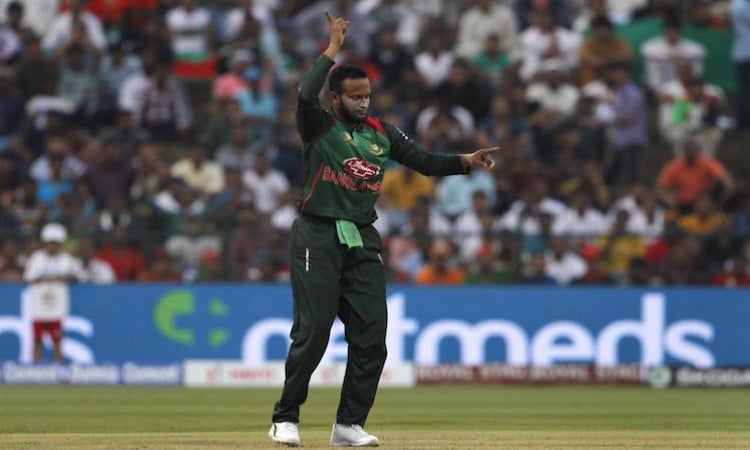 haka, Feb 9 - Bangladesh all-rounder Shakib Al Hasan has been ruled out of the three-ODI series against New Zealand due to fractured finger.

Shakib injured his left ring finger while batting against Thisara Perera in the final of Bangladesh Premier League (BPL) 2019 on Friday and will be rested for at least three weeks, which implies the tourists will be without him for the entire ODI series, starting on Wednesday in Napier.

"An X-ray was done after the match, which confirmed a fracture on the left ring finger," Dr Debashis Chowdhury, the BCB's chief physician, was quoted as saying by espncricinfo.

"The affected area will have to be immobilised for around three weeks," he said.

The 31-year-old's injury will be a big loss to the tourists in New Zealand, considering the red hot form he was in the BPL 2019. He ended the BPL as top wicket-taker with 23 scalps and amassed 301 runs with the bat.

The three ODIs will be played in Napier, Christchurch and Dunedin on February 13, 16 and 20, respectively.