Bangladesh's star all-rounder Shakib Al Hasan consistently remains in the news for one thing or another. This time, Shakib has once again come in the news after a video of him kicking the stumps and shouting at the umpire went viral. 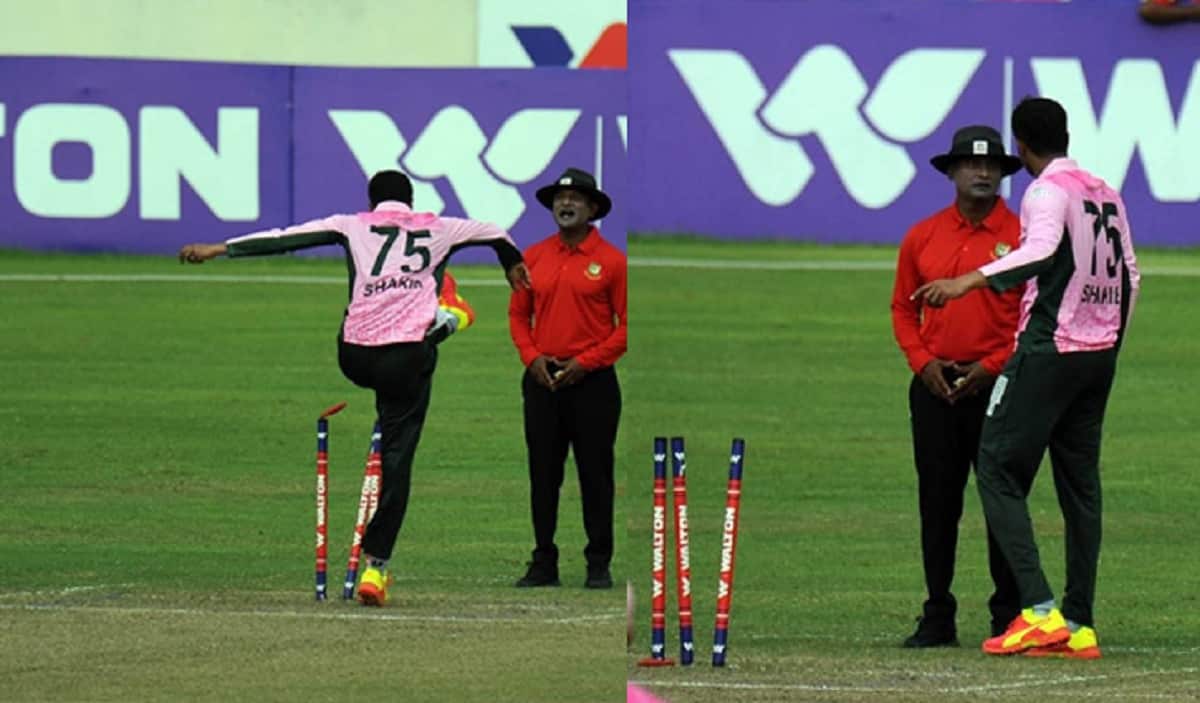 During a Dhaka Premier League(DPL) 2021 match between Mohammedan Sporting Club and Abahani Limited, Shakib lost his cool over an umpiring decision. While bowling to his national teammate Mushfiqur Rahim, Shakib appealed to the umpire for an LBW call. The umpire turned down the appeal.


"England Is Jealous That India Is No.1': When Ravi Shastri And Nasser Hussain Had A War Of Words On-Air

However, the star player did not take the decision well and lost his temper. He turned towards the umpire and kicked the stumps at the non-strikers' end and started to confront the umpire.

Even after the incident, Shakib did not calm down and once again towards the umpire and smashed the wicket on the ground.