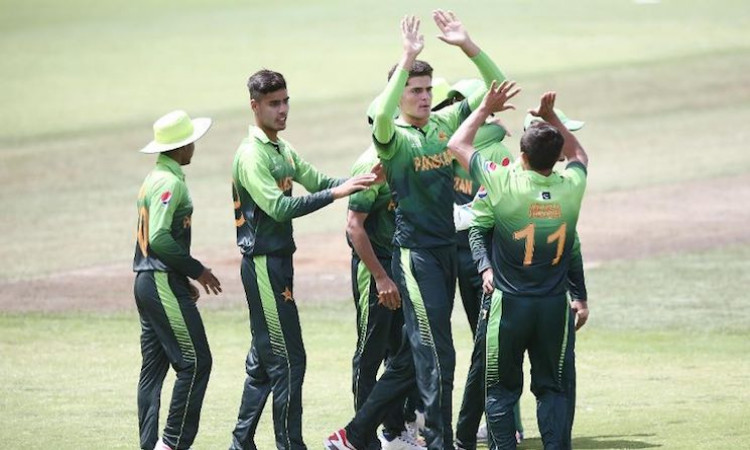 May 27 (CRICKETNMORE) - Being branded the next Wasim Akram, compared to Mitchell Starc by your coach and given the reins to Pakistan's bowling attack would daunt most 19-year-olds.

But as the ICC Men's Cricket World Cup approaches, teenage pace sensation Shaheen Afridi is reassured by the weight of experience in his side's ranks.

Also Read: Chris Gayle is an inspiration for me says Ross Taylor

The 6ft 6in youngster is leaning heavily on the experience of Mohammad Amir and Wahab Riaz, with 130 ODIs between them, ahead of the tournament in England & Wales.

"It's very good to have them in the squad," said Afridi.

"It's good for us and the team to have them back.

"They are very senior and experienced players. They have played a lot of cricket around the world and for Pakistan.

"It's good for me, as this is my first World Cup, to have very senior players alongside me in the bowling attack."

This is Afridi's first appearance at a senior showpiece but he represented his country at the ICC Under-19 World Cup in 2018, claiming 12 wickets in five matches.

His considerable skill immediately came to the fore in Pakistan's three-match ODI series against New Zealand in 2018, taking nine wickets at 11.33.

This month's series clash with England was an uncomfortable experience for Pakistan bowlers, who conceded over 300 runs in all four completed matches.

But with their second warm-up match against Bangladesh washed out, Afridi hailed the importance of the five-match series for their preparation.

"We have trained very well recently," he said.

"We have already played a full series against England so we already feel ready for the World Cup.

"It was a tough series for our team. We were playing against the number one side in the world at home.

"But we learned a lot and it was good preparation because the big stage is coming."