Shafali, Smriti & Jemimah Continue To Remain In Top 10 In T20Is

Indian batters Shafali Verma, Smriti Mandhana, and Jemimah Rodrigues have been able to remain in the top 10 of the ICC T20I rankings for batswomen. While Verma is the highest-ranked Indian batter at the third spot, Mandhana and Rodrigues have also been able to hold their respective seventh and ninth places in the list led by Australias Beth Mooney. 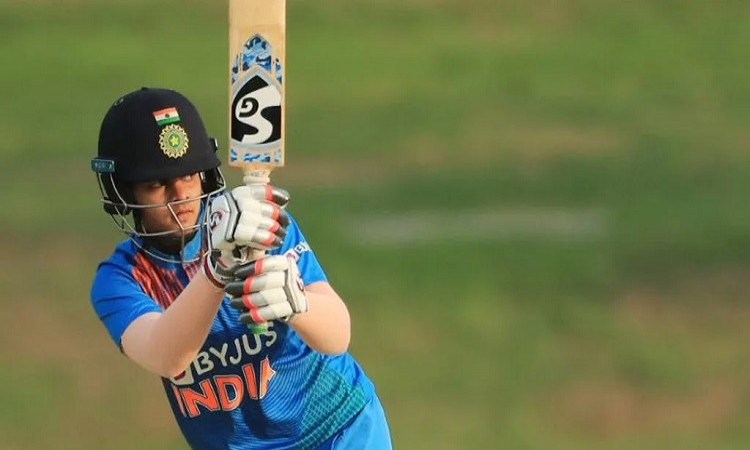 In the bowlers' rankings, Deepti Sharma remains the highest-ranked Indian, currently occupying the sixth spot. She is followed by Radha Yadav and Poonam Yadav at seventh and eighth places respectively.

Among all-rounders, Deepti remains the only Indian in the top 10, currently placed at the fourth spot.

Meanwhile, Australia all-rounder Ashleigh Gardner and captain Meg Lanning have advanced in the batters' rankings after finishing as the leading run-scorers in their three-match home series against New Zealand that they won 2-1.

Gardner's series-topping 90 runs, which came in only two innings, won her the player of the series award and lifted her seven places to a career best-equalling 18th position among batters. Lanning, who has been top-ranked in both ODIs and T20Is in the past, has advanced one spot to take the fifth position after aggregating 71 runs in the series.

For White Ferns, former captain Suzie Bates and present captain Sophie Devine have retained their second and fourth positions, respectively, while another former captain, left-hander Amy Satterthwaite, has re-entered the rankings in 35th position after finishing as the highest scorer from her side with 69 runs. Satterthwaite was on maternity leave for 18 months, during which she missed this year's T20 World Cup in Australia.

Australia leg-spinner Georgia Wareham has reached a career best-equalling 10th position after her five wickets in the series helped her advance five places, while left-arm spinner Sophie Molineux (up two places to 13th) and seam bowler Delissa Kimmince (up eight places to 22nd) have also progressed in the bowlers' list.