Scotland Names 15-Member Squad For T20 World Cup 2022, Berrington To Lead The Side

Scotland will face West Indies in the first match in T20 World Cup 2022 at Bellerive Oval in Hobart on October 17. 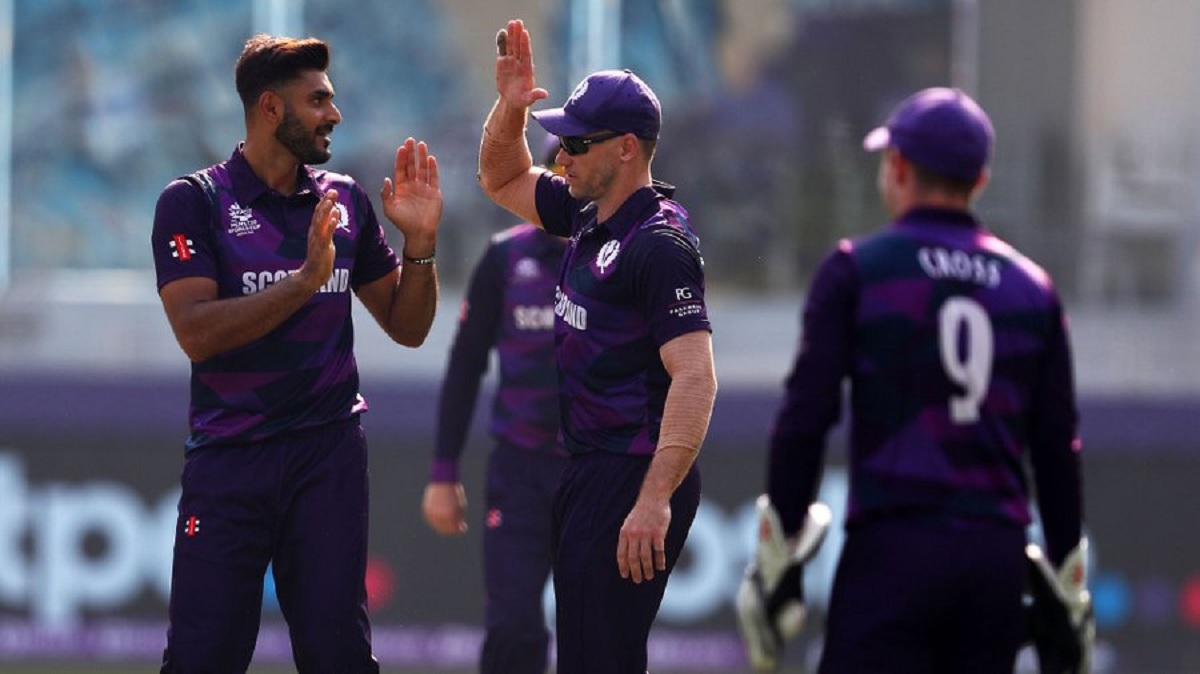 Experienced batter Richie Berrington on Thursday was named as Scotland's captain for the ICC Men's T20 World Cup to be held in Australia from next month. Matt Cross will be the wicketkeeper and serve as Berrington's deputy.

The 15-member side also includes leg-spin all-rounder Chris Greaves, who made his Scotland debut at last year's T20 World Cup and came into limelight by scoring a match-winning 45 against Bangladesh in first round.

The squad also features the uncapped Brandon McMullen who impressed at the Regional series and A team matches with both bat and ball as a genuine all-rounder. He will provide the squad with an option to be versatile in any role. With the bat, apart from Berrington and Cross, George Munsey and Calum MacLeod will also hold the key.

"We are very pleased and excited to announce our 15 players for the T20 World Cup. We have selected 15 that we believe will make the desired impact we are looking for. For those players who are not going to the world cup, we look forward to seeing them challenging for international honours in years to come," said head coach Shane Burger.

Pacers Josh Davey and Brad Wheal also make the cut for the fifteen-member squad while batter Oliver Hairs and fast bowlers Ali Evans and Gavin Main miss out on the flight to Australia for the T20 World Cup. Apart from Davey and Wheal, Mark Watt, Safyaan Sharif and Hamza Tahir complete the rest of the bowling attack.

"The squad has a blend of youth and experience alongside locally based players and County representatives. The balance of the team and chemistry is crucial to contributing to performances at the World Cup. We believe we have a good mix of the above and have selected players that are in form and can perform under pressure," added Burger.

The squad selection was made after an exciting weekend of Men's T20 Blitz cricket at Ayr and Clydesdale where the in-depth strength in Scottish cricket was evident to see and forty players were considered for selection.

"It was good to see other younger players put performances in under pressure, and I have no doubt their opportunities will come in the not-too-distant future. For us to have 40 plus names on the table for selection is testament to the system growing the talent base and providing the senior Men's team with options," elaborated Burger.

Scotland, who progressed to the Super 12 stage in last year's T20 World Cup in the UAE and Oman, are drawn in Group B of the first round in Australia alongside Ireland, Zimbabwe and two-time champions West Indies.

Their first match in T20 World Cup 2022 comes against the West Indies at Bellerive Oval in Hobart on October 17, followed by taking on Ireland and Zimbabwe at the same venue later in the week.