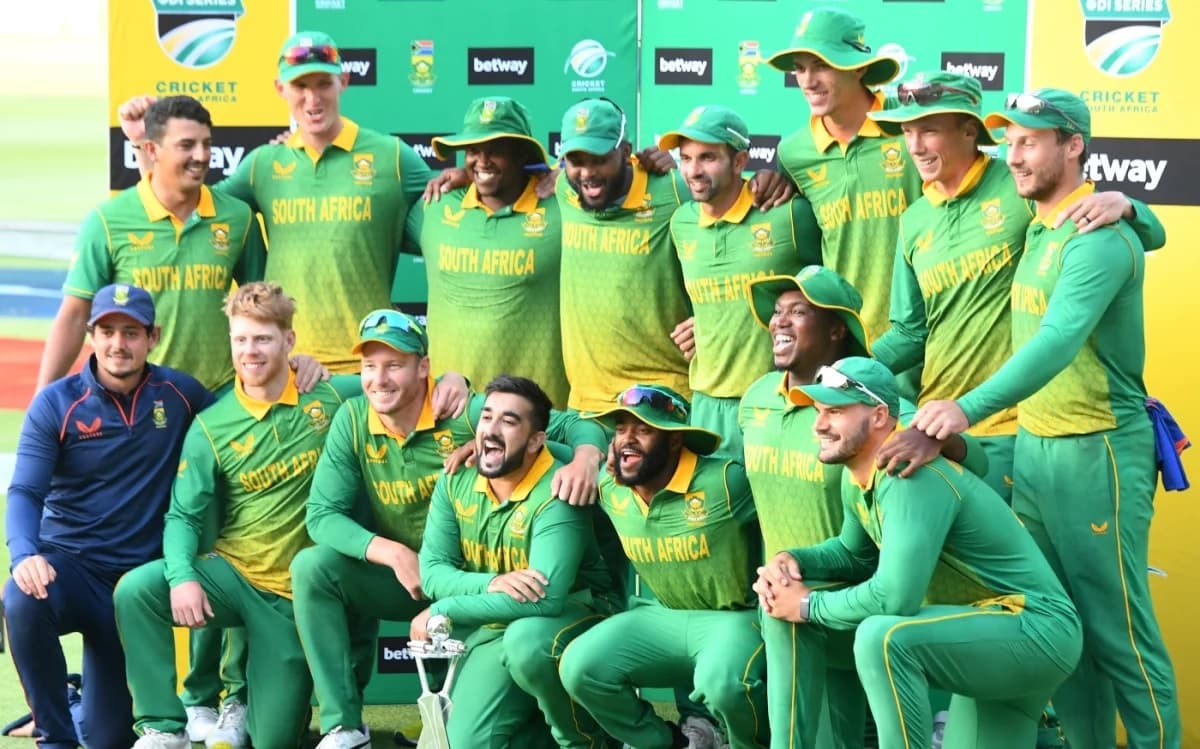 After registering a 3-0 ODI series whitewash against India here on Sunday, South Africa skipper Temba Bavuma said that the win was very satisfying for the team and they have accomplished their mission, adding that many didn't give them a chance.

Fighting fifties by Virat Kohli (65), Shikhar Dhawan (61), and Deepak Chahar (54) went in vain as South Africa completed a hat-trick of wins with a four-run victory in the thrilling third and final ODI to seal a 3-0 series whitewash against India in Cape Town on Sunday.

"Very satisfying, mission accomplished for us. Many people didn't give us much of a chance. Hopefully, through our performances, we've been able to get a couple of supporters. Making good strides as a team. Challenge is to get better and better," said Bavuma in the post-match presentation.

Bavuma also praised his teammates for showing the fight in both ODIs and Test series, saying that conditions weren't exactly like South African.

"Quinton's been great. Rassie as well with the bat. He's been tremendous. His game is starting to move to the next level. Bowling's been decent. This was a big challenge, a big obstacle in our journey. To come out the way we did -- winning Tests, winning ODIs convincingly will do a world of good. What pleased me most - if you look at the Test series, feel like it's the hardest series I've been part of," he said.

"Indian bowlers asking questions regularly. Even in the field the intensity. Physically we've been challenged -- it's been very hot the last couple of weeks. These conditions weren't exactly South African-like -- more like the subcontinent. Always nice to contribute to the team. Enjoying my batting at the moment. Things are okay at the moment," he added.

Asked about the last 10 overs, where Deepak Chahar kept India's hopes alive, the Proteas skipper, "Got a bit crazy at the end. Probably the complacency got to us. Guys tried a couple of things that didn't come off."