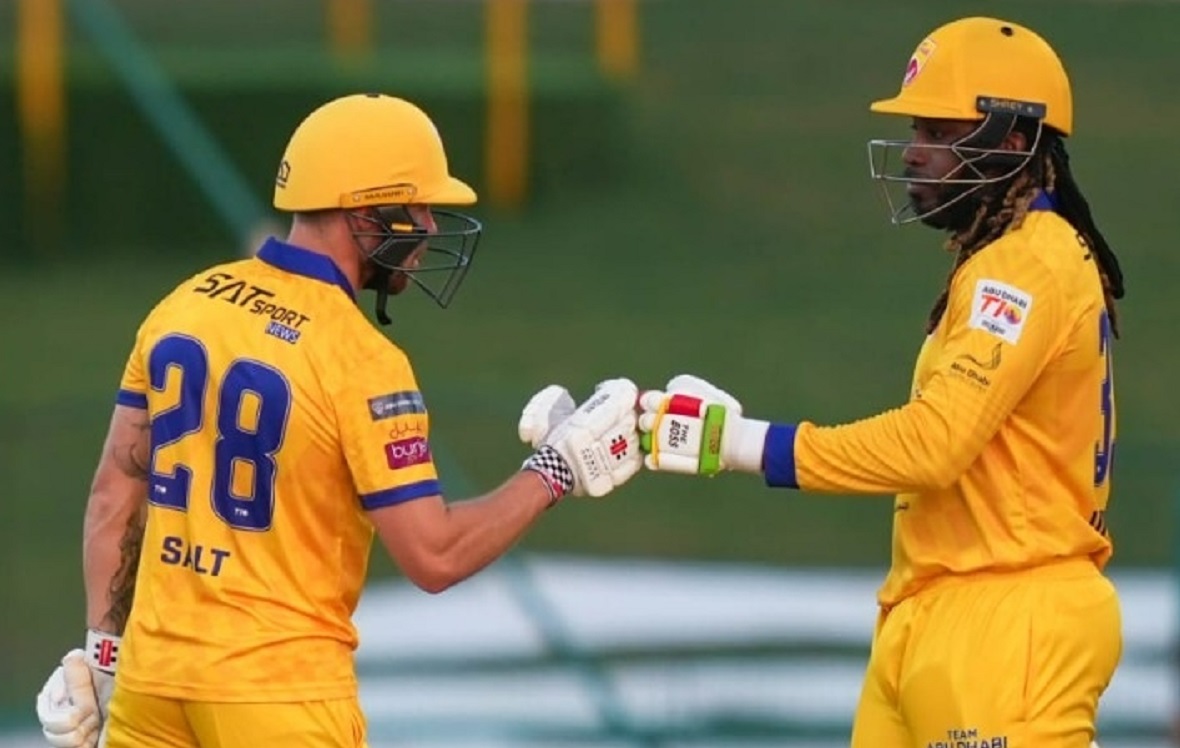 Team Abu Dhabi registered their sixth victory in the Abu Dhabi T10 after defeating The Chennai Braves by seven wickets here on Sunday.

After The Chennai Braves scored 107/6 in their 10 overs, Philip Salt's innings of 63 runs from 20 balls helped Team Abu Dhabi chase their total down in just seven overs.

Salt started off in typical fashion, smashing Nuwan Pradeep for three boundaries and a six in the first over. However, Mark Deyal put pressure on Team Abu Dhabi by picking up the wickets of Paul Stirling and Liam Livingstone in the very next over.

Team Abu Dhabi quickly regained control of the match when Chris Gayle struck a six and a four off Curtis Campher's bowling in the third over. Thereafter, Salt and Gayle put on an explosive stand of 71 runs and put Team Abu Dhabi in the driver's seat. Salt smashed four boundaries and seven sixes in his innings, while Gayle hammered two boundaries and two sixes in his innings of 30 runs from 16 balls. Curtis Campher dismissed Philip Salt in the seventh over, but Colin Ingram wrapped up the chase with a six and four in the same over.

Earlier, Mohammad Shahzad's blistering innings of 53 runs from 30 balls helped The Chennai Braves reach an imposing total in their 10 overs. The opening batter didn't find much support from the other end, but he found a way to strike the big shots and move the game forward. The wicketkeeper-batsman hit the very first ball of the innings for six, thereafter, he smacked Jamie Overton for two consecutive boundaries in the third over.

In the fifth over, Shahzad struck two boundaries and a six off Naveen-ul-Haq's bowling, gathering 17 runs in total from the over. However, Team Abu Dhabi Captain Liam Livingstone completely tilted the match in his side's favour when he dismissed Dasun Shanaka, Samiullah Shinwari, and Mohammad Shahzad in the eight over, reducing The Chennai Braves to 82/4. Thereafter, Ravi Bopara's flourishing innings of 15 runs from 7 balls helped his side post a total of 107/6.