Following the heartache of Friday, the Saint Lucia Kings bounced back in style as they picked up a thrilling win over the champs Trinbago Knight Riders in their second game of the Caribbean Premier Le 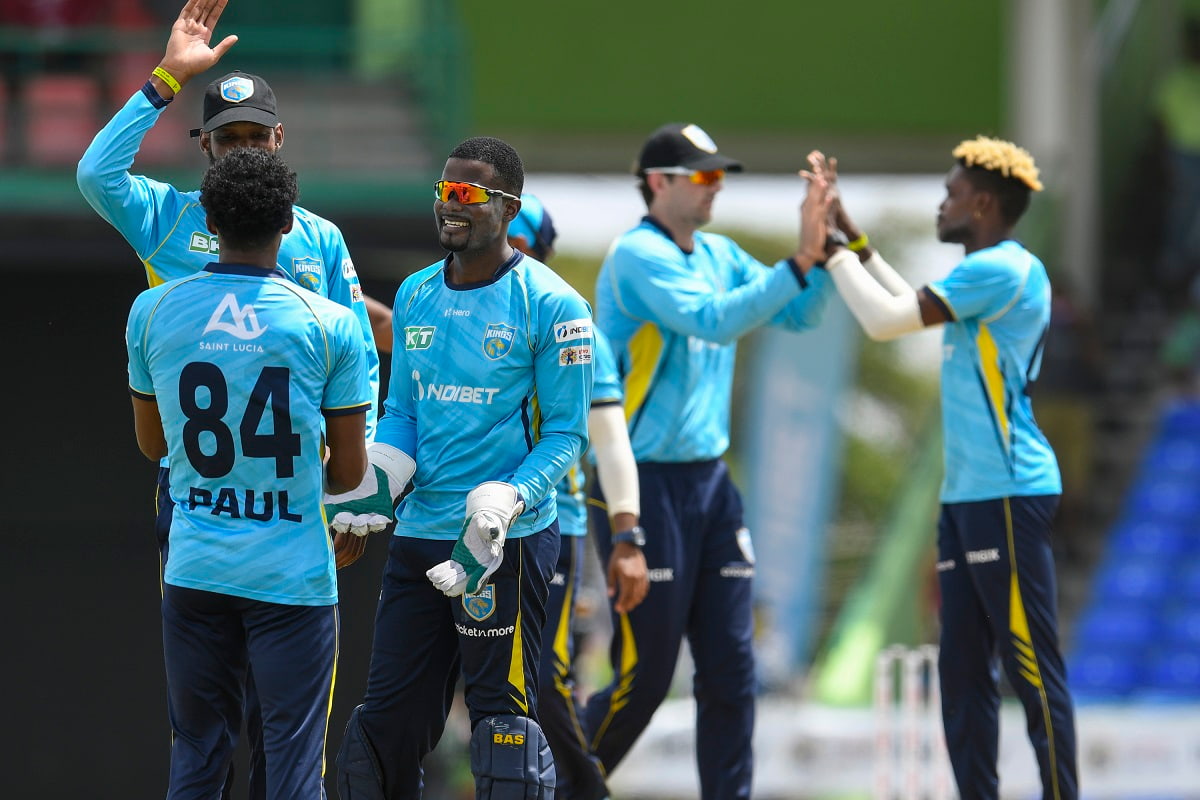 Following the heartache of Friday, the Saint Lucia Kings bounced back in style as they picked up a thrilling win over the champs Trinbago Knight Riders in their second game of the Caribbean Premier League(CPL) 2021. Another top performance from Tim David with the bat, coupled with the all-round heroics of Roston Chase and the experience of Wahab Riaz helped Faf Du Plessis get his first win as captain of the Kings on Sunday at the Warner Park Stadium in St.Kitts.

Batting first on the day, the Saint Lucia Kings openers started cautiously, as the first two overs yielded just 11 runs. Rahkeem Cornwall however threw caution to the wind thereafter, as he dispatched Jayden Seales for two boundaries behind the wicket, and followed that up with a couple of fours on either side of the wicket against Sunil Narine.


Under Scrutiny Langer Says Australia In 'Better Place' After Talks

His partner Andre Fletcher too joined in the act, as he welcomed the in-form Isuru Udana with two sixes, including his trademark no long pull over mid-wicket, to push the team score to 44 after five overs. The Kings however lost their first wicket in the final over of the powerplay, as a slower one from Ravi Rampaul deceived Cornwall into a false shot.

The wicket stalled the Kings’ scoring rate, as the next three overs yielded 17 runs, while they also lost Fletcher, who chipped one straight back into the hands of spinner Akeal Hosein in the 9th over. Rampaul created further inroads in the Kings batting line-up, as he managed to dismiss captain Faf Du Plessis and new man Mark Deyal in his second over, leaving the Kings at 71/4 after 10.

New batsman Tim David carried on from where he left off on Friday, as he latched onto a loosener from Hosein and hammered it over cow corner. David continued his onslaught against the spin of Narine as well, getting a six and a four off the mystery spinner. Opposition captain reintroduced Udana in the hope of a breakthrough, but the Sri Lankan erred with his length twice in the over and got the full treatment from David.

Roston Chase, who was playing second fiddle for most of the partnership, got into his own in Rampaul’s penultimate over, hitting the seamer for a six over square leg and a four on the offside to amp up the team score to 131/4 after 17.

The 68 run partnership between Chase and David was finally broken by Seales in his final over, as the latter chipped one straight back to the bowler. The wicket however brought Keemo Paul to the crease, and the all-rounder scored a quickfire 12 runs which ensured the Saint Lucia Kings put up a strong target of 158.

The Kings bowlers found their lengths right from the start this time around, as the first three overs of the powerplay went for a run-a-ball. It took till the sixth over for Trinbago Knight Riders opener Tion Webster to free his arms, as he picked up a four off Roston Chase. Webster tried his luck once again the very next ball, but this time skied his shot into the hands of the onrushing Wahab Riaz, leaving the champions at 35/1 after the powerplay.

The spinners continued to strangle the TKR batsmen, as the scoring rate remained under six an over even after the powerplay. The chasing team managed just 20 runs between overs 6-10, as Jeavor Royal and Chase made matters very difficult for Colin Munro and Lendl Simmons.

Munro finally freed his arms against Cornwall in the 12th over, hitting the off-spinner over his head for a six, but the asking rate had climbed past 11 by that stage. The pressure was building for the chasing side, and it forced Simmons into a rash shot against the medium pace of Keemo Paul, only to find the fielder in the deep, leaving the team at 82/2 after 14 overs.

With the asking rate now above 12, the Knight Riders desperately needed a move on, and they picked up a couple of fortuitous boundaries off Paul’s second over. TKR’s hopes however were turned on their head when they lost their captain Kieron Pollard a couple of overs later, as he was out caught at long-on off Riaz’s bowling.

New man Tim Seifert showed some positive intent, as he hit Alzarri Joseph for two fours and a six in his penultimate over, leaving the equation at 35 off 12 balls. The Kiwi batsman took on Keemo Paul as well, getting 21 runs off his over to make for an exciting finish.

The experienced Wahab Riaz however kept his cool under pressure to deliver the win for the Saint Lucia Kings, conceding just eight runs in the final over to get his franchise narrowly over the line.