Lahore, Oct 18  Sarfaraz Ahmed has been sacked as Pakistan captain in Test and T20I format of the game. While Azhar Ali has been appointed Test captain, Babar Azam will lead Pakistan in T20Is until n 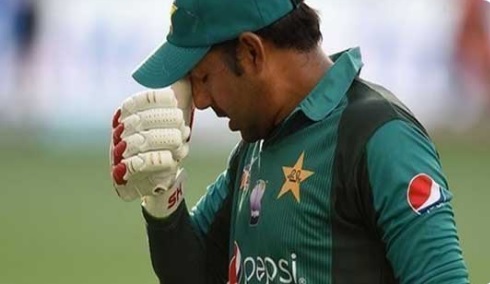 Lahore, Oct 18  Sarfaraz Ahmed has been sacked as Pakistan captain in Test and T20I format of the game. While Azhar Ali has been appointed Test captain, Babar Azam will lead Pakistan in T20Is until next year's World T20.

Sarfaraz, who has been facing criticism following Pakistan's dismal performance in the 50-overs World Cup in UK, has also been dropped for the upcoming tour of Australia, where the Men in Green will play three T20Is and kick-start their World Test Championship campaign with two Tests.

Under Sarfaraz's captaincy, Pakistan won the Champions Trophy in 2017 and rose to the top of the T20I rankings. However, his axing was on the cards after the team's home series defeat to a severely-depleted Sri Lanka in T20Is.

Reacting to his axing, Sarfaraz said: "It has been an honour to lead Pakistan at the highest level. I want to thank all my colleagues, coaches and selectors who have helped me in this journey. My good wishes are with Azhar Ali, Babar Azam and the Pakistan cricket team, and I hope they will continue to grow stronger and stronger."

Meanwhile, Azhar said that Sarfaraz has done an excellent job in transforming raw talent into experienced players and he will now look forward to inspiring those players to collectively achieve their World Test Championship objectives and beyond.

"I am not only targeting wins, but also aim to provide opportunities to players to grow in stature and express themselves so that Pakistan cricket can resume its journey to the top. I have always played my cricket the hard way but in a fair manner, and will ensure I continue to uphold the spirit of cricket and enhance the image of the team and the country," said Azhar as per a Pakistan Cricket Board (PCB) media release.

Meanwhile, Babar said: "To be named captain of the No.1 ranked side in the world is the biggest thing that has happened to my career to date. I am ready for this challenge and also willing to learn more in the process."

"Sarfaraz Ahmed has led the side in the shortest format by example and it is my responsibility to take forward his accomplishments so that we remain a consistent, attractive and powerful side," he added.

PCB Chairman Ehsan Mani said it was a difficult decision to drop Sarfaraz. But, his loss of form and confidence is visible and, in the best interest of the team, it has been decided to leave him out and provide him the opportunity to reflect and regroup himself and try to reclaim his form away from international cricket."

Pakistan are also scheduled to play three T20Is each against Australia (November 3, 5 and 8) and Bangladesh.