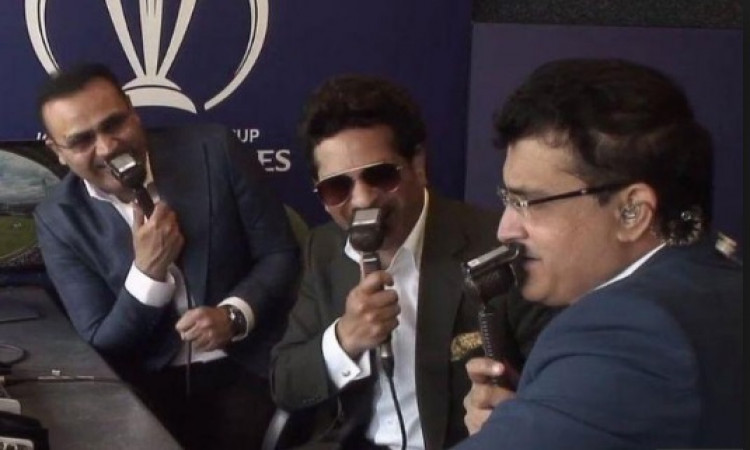 June 9 (CRICKETNMORE) The India-Australia clash in any ICC tournament has always been a mouth-watering affair and ahead of the Sunday face off between the two teams in the ongoing Cricket World Cup, batting legend Sachin Tendulkar shared his memories from the 2011 edition of the event.

In the second quarter-finals of the 2011 World Cup, India had faced Australia in Ahmedabad and after restricting their opponents at 260 runs, the Men in Blue had overhauled the target in 47.4 overs, thanks to respective half-centuries from Sachin, Gautam Gambhir and Yuvraj Singh.

Sharing his memories from the game, Sachin said: "In Ahmedabad, due to soaring temperatures I had changed my diet completely. I cut down on spicy food and was eating curd rice, butter milk, coconut water and all those stuff to keep clean."

"Another memory I have is when Yuvraj and (Suresh) Raina were having the partnership, I was at the massage table and (Virender) Sehwag was beside me. He thought I had fallen asleep but I was awake and could hear everything he was saying. I had become superstitious. I could hear Sehwag say 'why are you massaging him, he is sleeping' But the masseur said no he is awake," he recalled.

"So those are two memories of the Australia match we won in 2011," Sachin added.