South Africa beat Sri Lanka by an innings and 45 runs in the first Test to take an unassailable 1-0 lead in the two-match series here on Tuesday. Chasing South Africa's lead of 225 runs, Sri Lanka were bundled out for 180 on Day 4 with the hosts' pacers taking two wickets each. 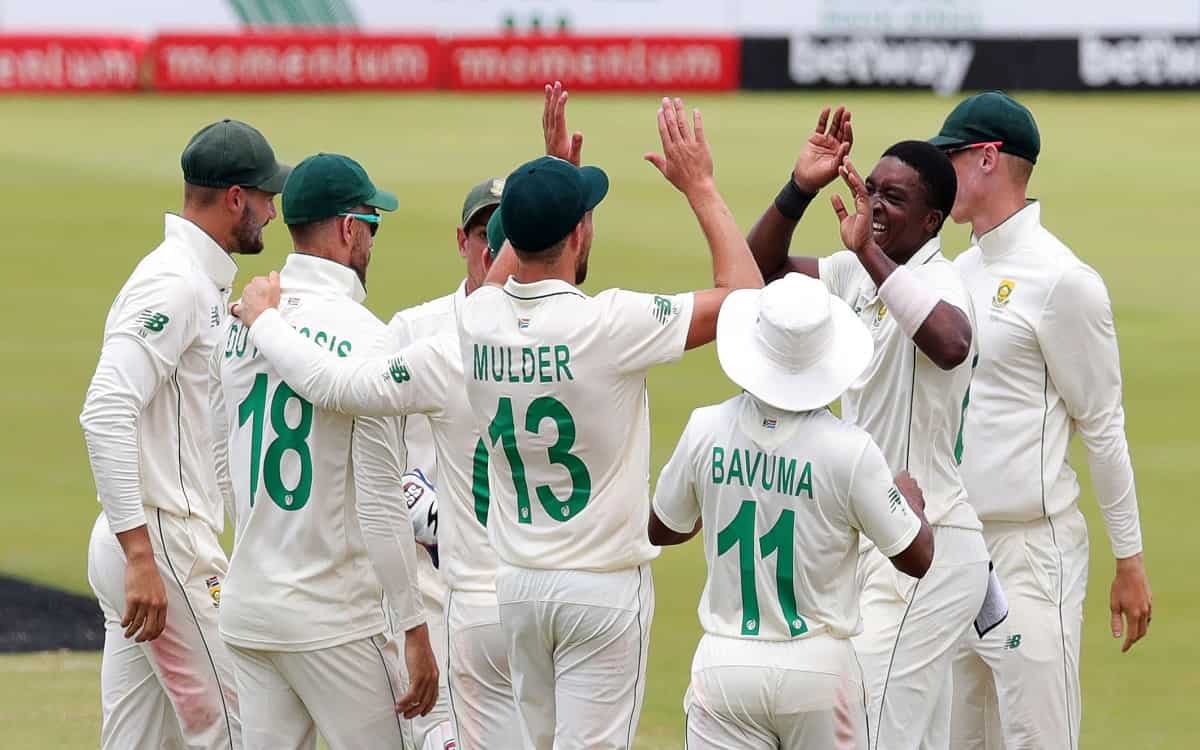 The second Test starts on January 3 in Johannesburg.

Sri Lanka started the day on an overnight total of 65/2 in 12 overs with Kusal Perera on 33 and Dinesh Chandimal on 21. Wiaan Mulder provided the first wicket of the day seven overs into the day, bowling through the gates of Chandimal.

The visitors, whose progress in the match was hampered by injuries to Dhananjaya de Silva and fast bowler Kasun Rajitha could hardly hold their own against South Africa's rejuvenated pace attack.

Lungi Ngidi dismissed Kusal Mendis for a duck and had dismissed captain Dimuth Karunaratne towards the end of the third day. Mulder, meanwhile, dismissed wicketkeeper-batsman Niroshan Dickwella after which Anrich Nortje sent back opener Kusal Perera. With 64 runs, Perera was Sri Lanka's highest scorer above Wanindu Hasaranga, who made 59 runs before falling to Lutho Sipamla. Sipamla also got the wicket of first innings half centurion Dasun Shanaka.