Sri Lanka batsman Dhananjaya de Silva, who was retired hurt after scoring an impressive 79 during the first day of the first Test against South Africa, has been ruled out of the two-Test series after suffering a grade 2 tear in his thigh. 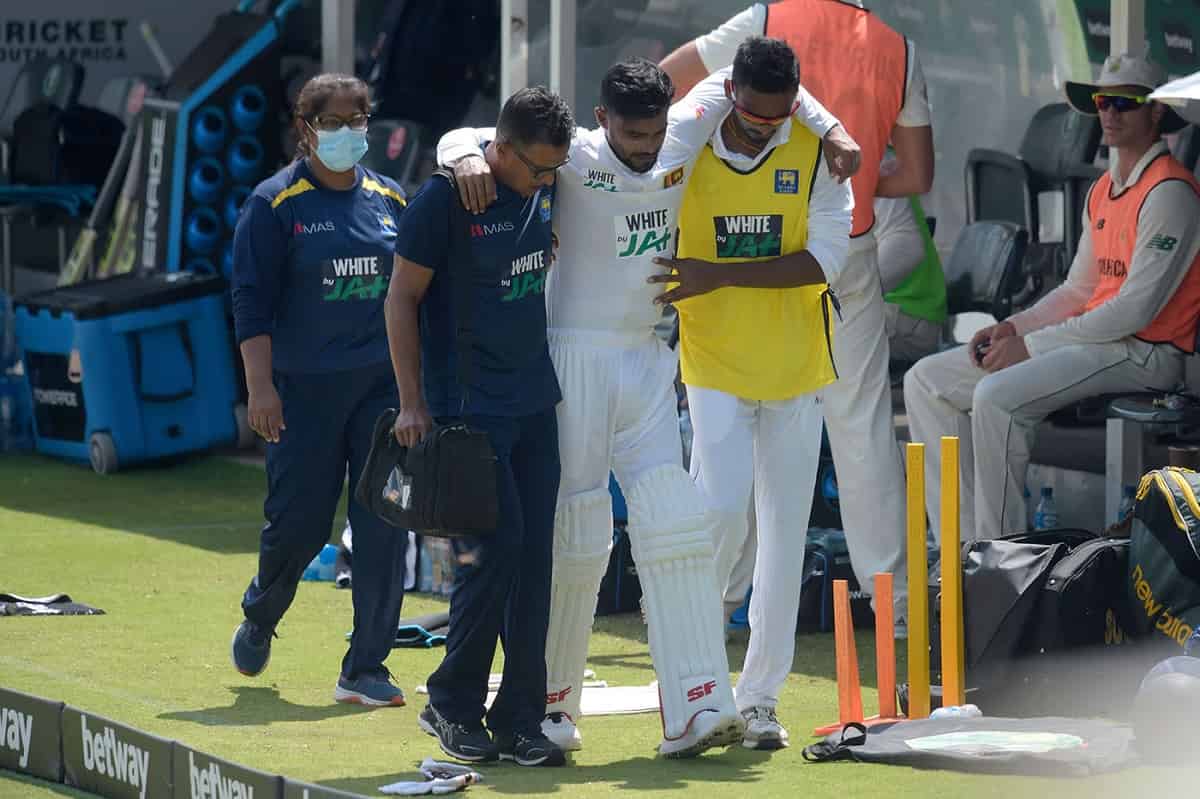 Sri Lanka Cricket confirmed the development through a statement on Sunday before the start of second day's play.

De Silva had gone for an MRI on the first day after getting retired hurt.

The right-handed batsman helped rescue Sri Lanka after they were reduced to 54 for three on the first day. De Silva added 131 with Dinesh Chandimal before he was taken off the field.

The Sri Lanka board said that de Silva, who also bowls off-spin, will be out for two weeks. They are hoping that he is fully fit for the two-Test series against England at home, which begins on January 14 in Galle.