Sri Lanka slowed South Africa's momentum by taking four wickets in the hour before lunch on the second day of the second and final Test at the Wanderers Stadium in Johannesburg on Monday. 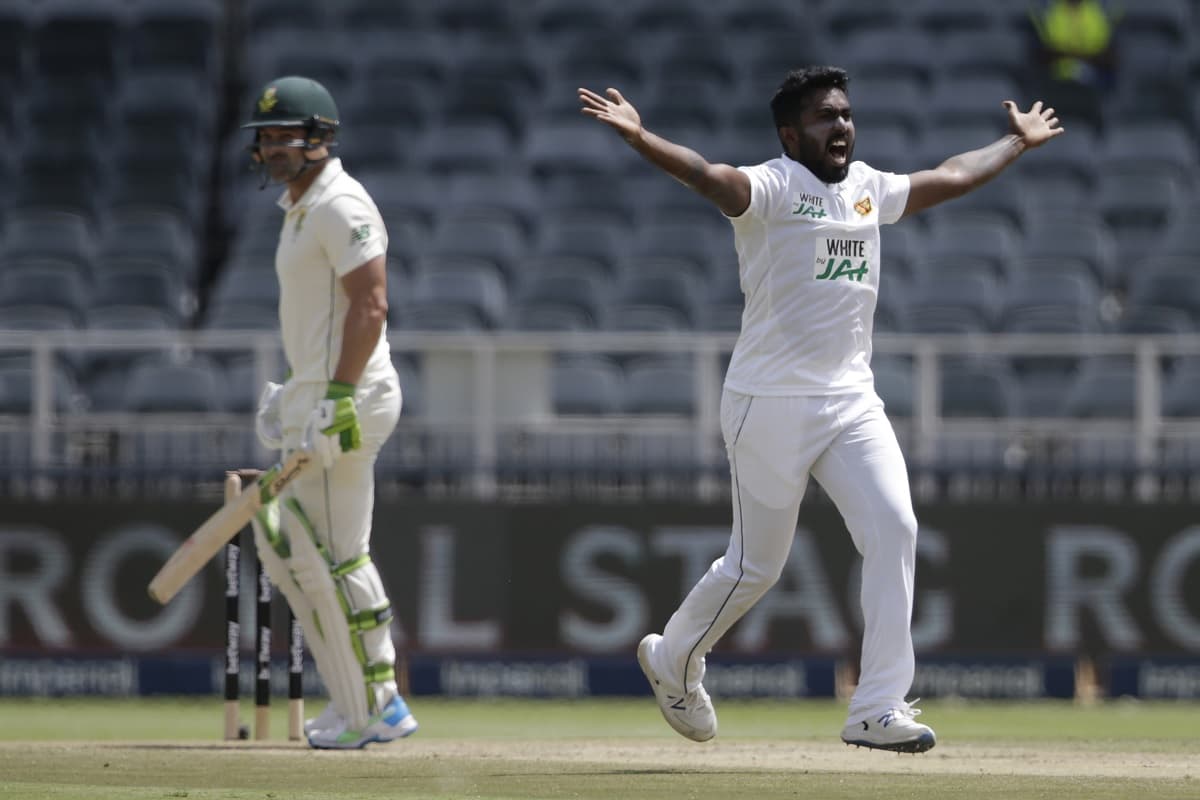 South Africa remained in control, however, as they reached 256 for five at the interval, a first innings lead of 99.

South Africa dominated the first hour of the day as Dean Elgar (127) and Rassie van der Dussen (67) scored 68 runs off 14 overs after resuming on 148 for one.

But the mid-morning drinks break brought a change of fortune.

Elgar edged Dushmantha Chameera's second ball after drinks to first slip, ending a second-wicket stand of 184 with Van der Dussen, who fell in the next over, gloving a catch down the leg side to wicketkeeper Niroshan Dickwella off Dasun Shanaka.

Faf du Plessis and captain Quinton de Kock both fell cheaply, to Shanaka and Vishwa Fernando respectively. Shanaka had figures of two for 42 at lunch.

Elgar, who made 95 in South Africa's innings win in the first Test at Centurion, completed his 13th Test century after starting the day on 92. He hit 22 fours in a 163-ball innings.