All-rounder Wiaan Mulder took two wickets as South Africa closed in on victory on the fourth day of the first Test against Sri Lanka at SuperSport Park in Centurion on Tuesday. 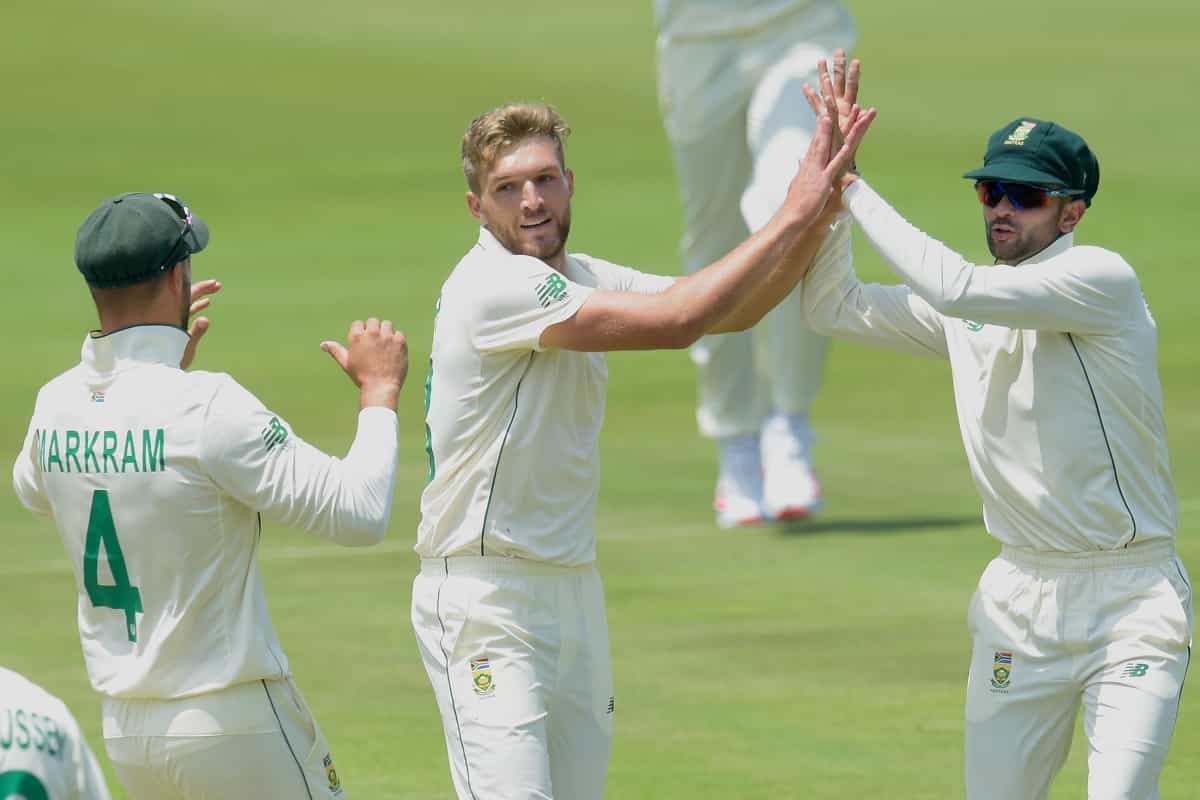 
Aus vs Ind: Jasprit Bumrah Ahead Of Marshall, Garner, McGrath In Bowling Average

Kusal Perera hit a spirited 64 off 87 balls for the tourists.

Dhananjaya de Silva did not bat after being ruled out of the tour with a thigh injury.

Kasun Rajitha and Lahiru Kumara both suffered groin injuries while bowling but Rajitha hobbled down the stairs from the dressing room at the fall of the seventh wicket, only for the umpires to call lunch before he stepped onto the field.

Dinesh Chandimal, who appeared to suffer a groin injury towards the end of Monday’s play, resumed his innings on Tuesday and survived for 40 minutes before being bowled for 25 by a ball from the medium-paced Mulder which cut back off the pitch.

Mulder, 22, followed up by having Niroshan Dickwella caught behind. He provided the control that was missing from much of South Africa’s bowling in the first innings during a spell of two for 29 in nine overs.

Fast bowler Anrich Nortje had the left-handed Perera caught behind off a faint edge, with South Africa successfully reviewing what was originally a not-out decision. Perera hit ten fours.

Lutho Sipamla struck shortly before lunch when Dasun Shanaka was caught behind and Vishwa Fernando was run out without scoring.