SA vs IND: Mark Boucher Praises Keegan Petersen; Says 'I Am Just At Loss For Words'

South Africa head coach Mark Boucher was at a loss for words in appreciating Keegan Petersen's performance in the 2-1 series win over India on Friday. In the decider Test, Petersen was superb in making 72 in the first innings and followed it up with a sublime 82 in the second innings to set the base for a successful chase of 212 for the hosts'. 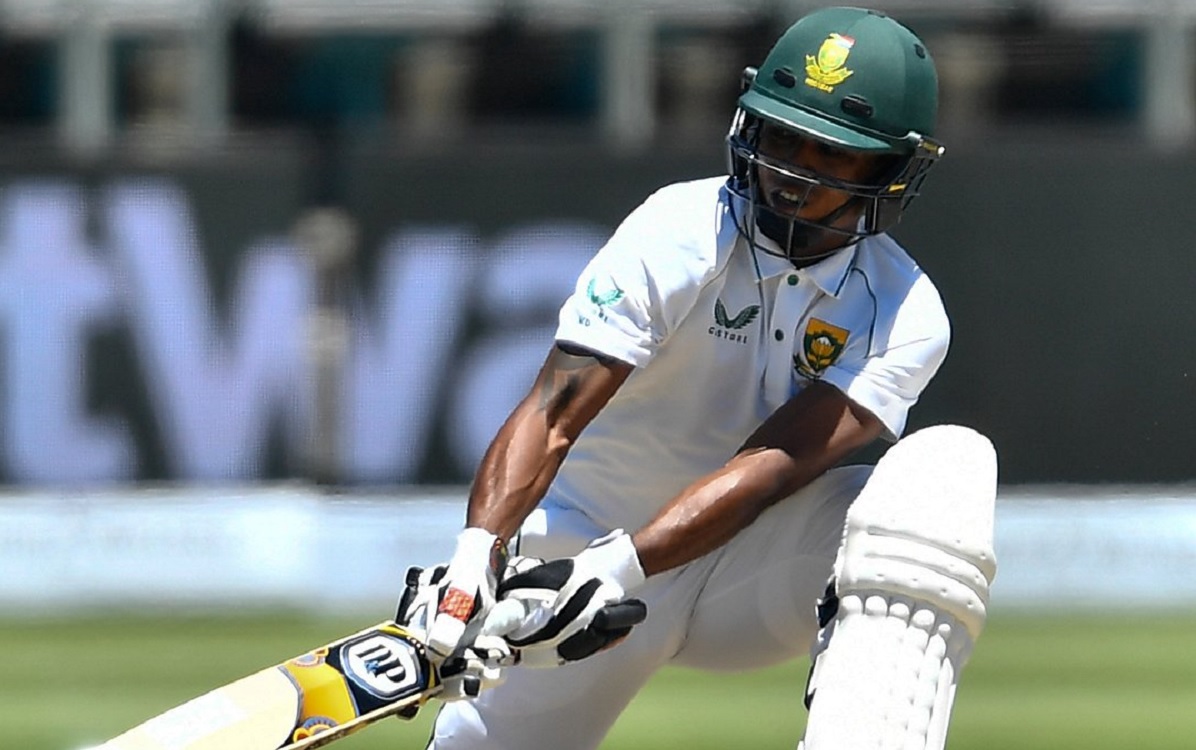 Apart from winning the Player of the match, Petersen was adjudged 'Player of the Series' for being the highest run-scorer in the three-match series by amassing 276 runs in six innings at an average of 46. "You get two youngsters (Petersen and Marco Jansen) who have just come into the side. Both of them deserve their little spotlights. Keegan didn't start off in the West Indies like the way he might have wanted to, and then he didn't start off too well at SuperSport Park. But he has always shown signs of the player that we are seeing right now," said Boucher in the post-match press conference.


SA vs IND: Getting 30-40 Runs In The First Hour Led SA To Victory, Believes Mark Boucher

Boucher was hopeful of Petersen continuing his impressive run of form in future at number three for South Africa. "He's just stuck to his guns. He is in a good position to have a guy like Dean next to him who really does back him I think he's a tough nut because batting at No 3 in Test cricket you have to be tough. You have to know your game, technically you have to be sound as well. For him hopefully he just gets better and better. It is a very tough conditions to play in our conditions here at three. The way he has come through this series I am just at loss for words, because in a big series against big players, he fully deserves it and I am very, very happy for him."

Boucher also had words of praise for young left-arm pace all-rounder Marco Jansen, who was the second-highest wicket taker in the series with 19 scalps to his name at an average of 16.47. Jansen was drafted into the Test side after Anrich Nortje was ruled out due to a persistent hip injury. In his debut Test series, Jansen continued the trend of young all-rounder doing well in the longest format against India.

"A lot of people questioned his selection in the first Test. It was just a matter of time before he came through. He was with us in Pakistan and West Indies. We could see the skill-set that he possessed and the variation that he's got that is hard to find nowadays. He didn't start off too well and media jumped on him, which was quite unfair."

"But after that first day everyone is probably looking at him now and saying what a find we've got in another addition to our bowling attack. He is only 21 years old and still has a lot of cricket to learn but we've seen great signs that he can bat as well so we feel that we've found a superstar in him and will get better."

Boucher was pleased by the performance of South Africa in a closely-contested series, where many critics hadn't given them the chance to win against India even before the matches began, especially after losing the first Test at Centurion by 113 runs and Quinton de Kock made an abrupt retirement from the format.

"I believe we turned the corner quite a while ago. Our results have been pretty solid over the last six months to a year. We had the chance to try a few players. I think that's starting to come good now because we started to get a depth of cricketers that we can turn to. When you lose out a guy like Anrich Nortje (hip injury), it was a big loss for us but then you get Marco coming to the side. I think we are in a good space at the moment. Our feet are firmly on the ground."