SA vs IND: Indian Team Warned But Not Sanctioned Over DRS Outburst

India cricket team has been cautioned by Andy Pycroft, the match referee for the third Test match, after captain Virat Kohli and his teammates furiously vented their ire against host broadcaster SuperSport via the stump mic over a DRS decision involving South Africa skipper Dean Elgar. 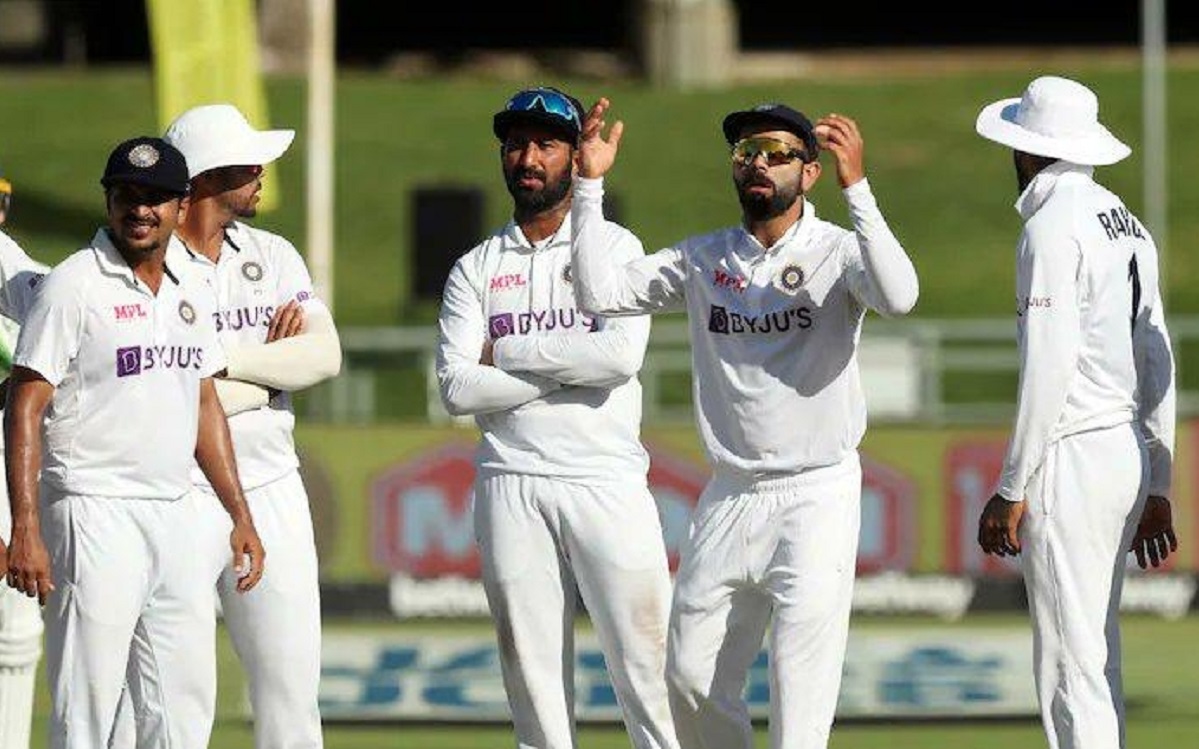 On Day 3 of the third Test in Cape Town, Dean Elgar reviewed a decision off the bowling of Ravichandran Ashwin on the fourth delivery of the 21st over of South Africa's inning, after being given out LBW by on-field umpire Marais Erasmus and the decision was overturned in Proteas skipper's favour.

As far as the replay is concerned, it showed the ball pitched in line and hit Elgar in the middle. However, quite mysteriously the trajectory of the ball showed that it was going over the leg-stump. Even the umpire expressed his shock and was heard saying "that is impossible", on the stump mic.

Moments later Ashwin said, "You should find better ways to win Supersport," while an angry Kohli kicked the ground in disgust and then used the stump microphone to good effect and said, "Focus on your team as well when they shine the ball, eh! Not just the opposition. Trying to catch people all the time."

Pycroft is believed to have told the Indian team management that the players' behaviour was uncalled for and they could attract sanctions if such reactions are repeated. However, it has been confirmed that there was no reprimand or charges against the team, a Cricbuzz report said.

It is learned that the Indian players escaped sanctions because their anger was directed against the technology, and not against any official, and the ICC code does not have a clause for the criticism of the broadcaster or technology.

Asked about the incident during the post-Test press conference on Friday, Kohli refused to dwell on it.

"I have no comment to make. I understood what happened on the field and people on the outside don't know exactly what goes on the field. So for me to try and justify what we did on the field and say 'we got carried away... If we would have charged up and picked up three wickets there, that could have been probably the moment that could change the game," the Indian captain said.

Keegan Petersen shined with a classy 82 as South Africa defeated India by seven wickets to win the series-deciding third Test at the Newlands Cricket Ground on Friday.