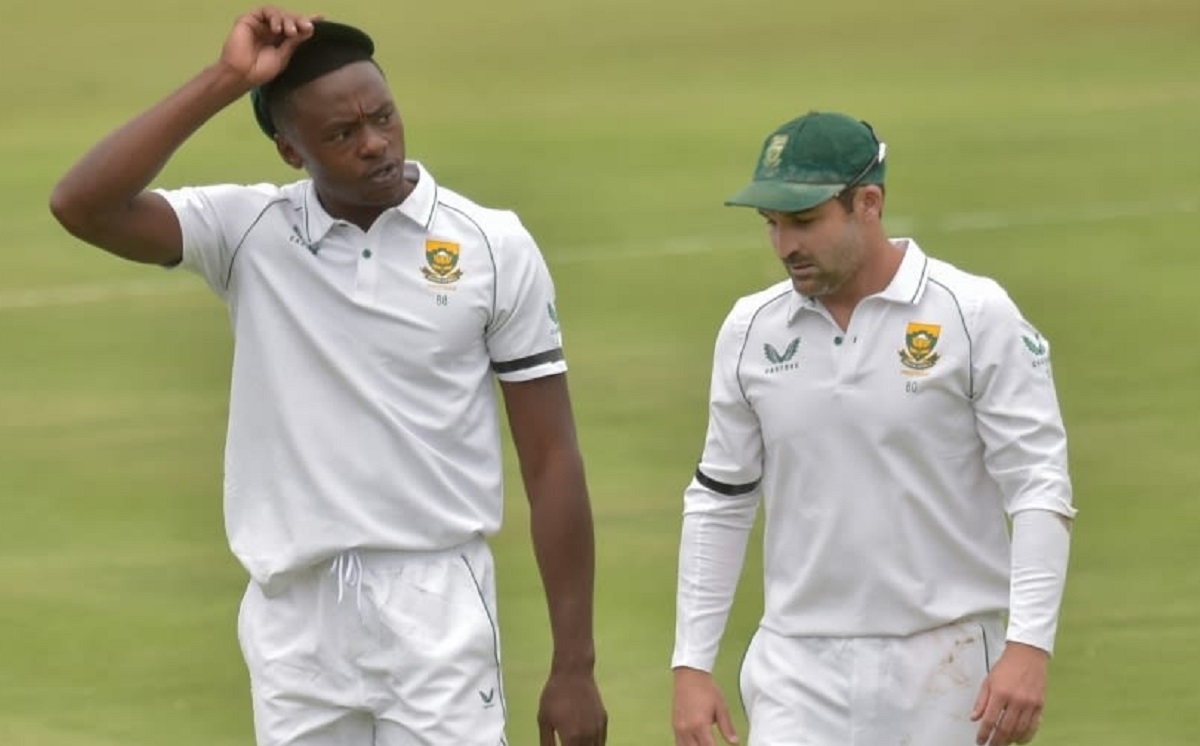 South Africa captain Dean Elgar has expressed his excitement and happiness over pacer Kagiso Rabada playing his 50th Test when they step on the field against India in the series decider at Newlands on Tuesday. In 49 Test matches since his debut against India at Mohali in 2015, Rabada has picked 229 wickets at an average of 22.57, including ten five-wicket hauls.

"KG has been brilliant for the Proteas batch over the last few years. I mean, playing 50 Tests for your country is massive. When KG started, he was extremely raw and had express pace. I think he has come of age in that period of time. He's influenced our group in such a big way on and off the field. Extremely excited and happy for KG playing his 50th Test. It happens so quickly and makes one realise that you all are getting a little bit old now," said Elgar while replying to a query from IANS in the pre-match press conference on Monday.


'When I Became Captain, We Were Number 7, Now We Can't Even Relate To That Reality', States Virat Kohli

"In my opinion, it is still such an early Test career. KG's only 26 I think at the moment and has played 50 Tests. He has still got so much cricket to offer us from a Test point of view. Hopefully, it may continue long. But from a youngster to where he is now, he's grown so much and has taken a lot more responsibility as a cricketer. He has shown a lot of great growth throughout his journey so far for us," added Elgar.

Elgar also said all the members in his team are fit and raring to play in the third and final Test of the series. "According to my knowledge, everyone's fit and ready to go. I don't think there are any hiccups with regards to fitness of players. Obviously, there's always niggles when you play in a series, especially with Test cricket pushing our body to the limit. We all are good and just a little bit of wear and tear going around at the moment which is perfectly fine."

"With regards to the team, with everyone fit and conditions wise, I don't see us making too many wholesale changes. I think competing in a big Test series and trying to be as stable as possible with our playing eleven, we need to try and implement a fair selection towards our environment if we want to be consistent with regards to our results."

Talking about the pitch and conditions at Newlands, Elgar reckoned it would be a good pitch to play Test cricket. South Africa last played a Test at Newlands in January 2020, losing to England by 189 runs. "I have seen it from a domestic point of view. Looks a little bit different as they have done quite a lot of work after the games we had domestically. The conditions are actually pretty good. I think this is the best I have seen Newlands in quite some time and are quite welcoming for us. I think they are trying to prepare a good Test wicket and want for the wicket to deteriorate over time into day four and five. It does look like a relatively good cricket pitch."

The 34-year-old signed off by saying he didn't miss his Indian counterpart Virat Kohli in the second Test. Kohli missed the match due to upper back spasm. "Virat brings a different dynamic to the game. I don't think I missed him but I think potentially, his team missed him, no doubt. Just from a captaincy and strategy point of view. Obviously, a world-class player and a very experienced one within their squad."

"I think his name there speaks for itself and that's rightly so, because he is one of the more respected cricketers around. I didn't miss him but also it will be great planning against him as well. But it doesn't matter who we are playing against, we need focus on us as a team."