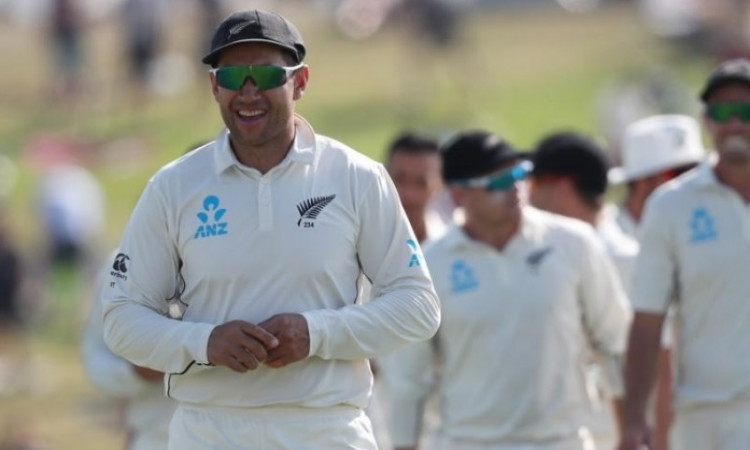 Auckland, May 1: Veteran batsman Ross Taylor claimed the top honour on the final day of the 2020 New Zealand Cricket Awards, winning the prestigious Sir Richard Hadlee medal for the third time in his career.

The virtual ceremony on Friday also saw Tim Southee being named the Test player of the year while Kim Cotton got the umpire of the year award.

For Taylor, it was a season of milestones as he helped guide New Zealand to a second successive World Cup final; surpassed Stephen Fleming's all-time Test runs scoring record for New Zealand and became the first cricketer to play 100 international games in each of the three formats.

"It's been full of ups and downs. A World Cup final - losing that final. The Boxing Day Test, which was such a proud moment to be part of and to have so many Kiwis there supporting us was something I'll never forget," said Taylor.

"I was happy with the consistency this season and any time you can contribute to the team performance and help get the team across the line is special," he added.

The 36-year-old was once again the glue in the top-order, amassing 1,389 runs across the three formats in a season in which he played in all but one of the Black Caps' 32 internationals, from England to Sri Lanka, Australia and at home.

"I really enjoy playing T20 cricket. I feel one-day cricket is probably my best format, but Test cricket, and when you succeed at Test cricket, that's the ultimate and most satisfying.

Taylor also reflected on the influence of the late Martin Crowe who was instrumental in developing the right hander's Test technique and helping him to set his goals.

"I'm sure he would be proud of this," Taylor said.

Meanwhile, Southee's sublime season with the red-ball in hand was underlined with his second award of the week, taking out the Test player of the tear title to go with the Winsor Cup for first-class bowling.

The 31-year-old claimed 40 wickets from eight Tests, including 14 in the two Test wins against India, in Wellington and Christchurch.

"To perform in the format is very pleasing and the stats are nice, but at the end of the day there's a lot of work from your teammates that go into those numbers," said Southee.