Rohit signals to Jadeja 'You are strong', video goes viral 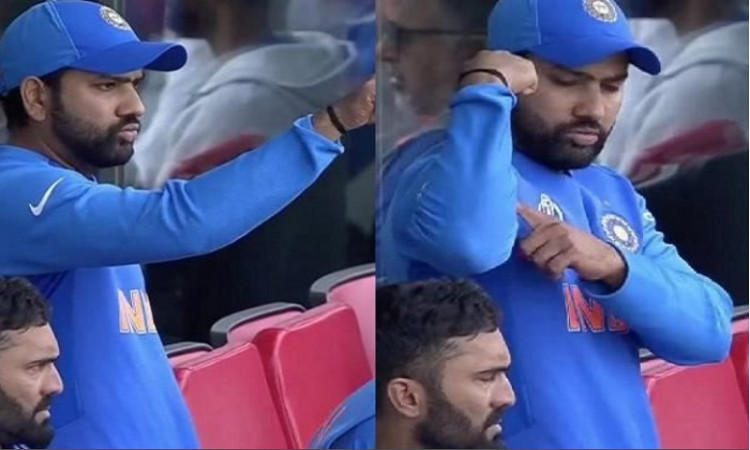 Chasing 240, India suffered from a top-order collapse and never recovered from it until Jadeja and Dhoni gave 1.3 billion Indian fans a glimmer of hope with their stupendous batting display. However, their efforts could not prove to be sufficient as the Men in Blue lost the match by 18 runs, thus bowing out of the competition.

During the course of the game, there were many moments which won hearts of fans across social media platforms.

One such moment came after -- Jadeja reached his half-century and performed his signature sword celebration to keep India's chances alive in the contest -- opener Rohit Sharma gestured towards the southpaw from the dressing room. In the video making rounds on social media, Rohit can bee seen gesturing to Jadeja "you're strong".

"Rohit conveyed to Jadeja the emotions of all Indian fans. You are our strength Jadeja!" a user tweeted.

Rohit's fan club on Twitter also said: "Rohit to Jadeja: You are looking strong to pull the match for us. #INDvsNZ."

"Rohit indicating Jadeja that he's strong to win this one, is one of the best moment so far of the World Cup," another fan tweeted.