The rescheduled fifth Test between India and England will get underway from July 1 to 5 at Edgbaston in Birmingham. 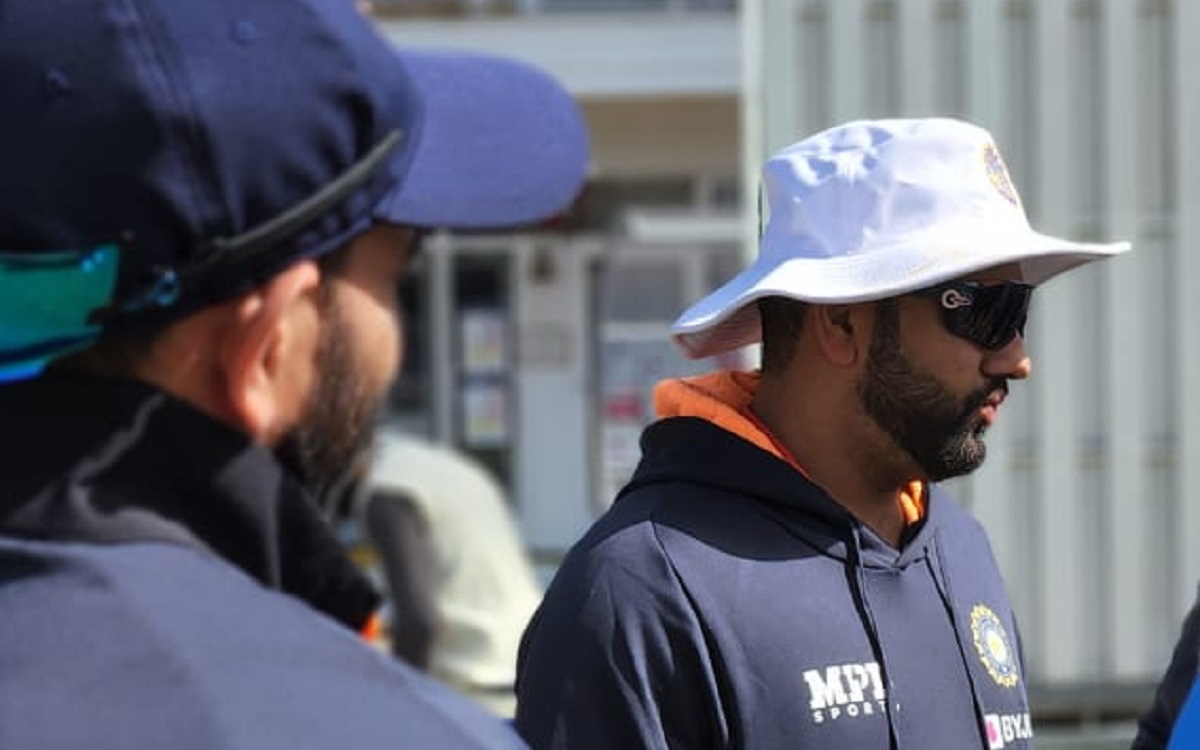 India's regular skipper Rohit Sharma on Monday commenced his practice with the Test side during their first training session in their new training base at Leicestershire.

The Indian Test team, which had a couple of training sessions after it arrived in London last week, has now shifted base to Leicestershire ahead of a tour match against the county side from June 24-27 at Grace Road in Leicester.


Sri Lanka Announces Squad For T20I & ODI Series Against India, Athapaththu To Lead The Side

In a video posted by the Board of Control for Cricket in India (BCCI) on Instagram, Sharma and his opening partner Shubman Gill were seen having a go with the bat in the practice session.

"#TeamIndia openers captain @rohitsharma45 and @shubmangill are getting into the groove on Day 1 of our nets session," wrote the BCCI alongside the video.

In photos shared by the BCCI, all-rounder Kamlesh Nagarkoti has also seen training alongside Shardul Thakur and Jasprit Bumrah, hinting that he could have been included by the side as a net bowler.

"Hello from Leicester and our training base for a week will be @leicsccc #TeamIndia," wrote the BCCI alongside the photos on Twitter.

The rescheduled fifth Test between India and England will get underway from July 1 to 5 at Edgbaston in Birmingham. India are currently leading the five-match series against England 2-1 before the fifth and final Test at Old Trafford, slated to begin on September 10 last year, was postponed abruptly due to a fear of a Covid-19 outbreak in the visiting party.

Meanwhile, head coach Rahul Dravid, Rishabh Pant and Shreyas Iyer left for England from Bengaluru after participating in the five-match T20I series against South Africa, which ended in a 2-2 draw.

Bangladesh A Tour of West Indies

West Indies A Vs Bangladesh A
Match yet to begin