Advocate Rohan Jaitley, son of late Arun Jaitley, filed his nomination papers -- two sets of papers -- to contest for the president's post of the Delhi and District Cricket Association (DDCA), a p 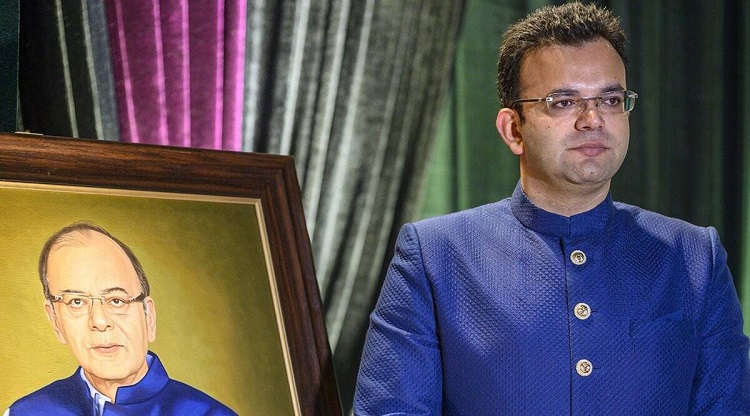 Advocate Rohan Jaitley, son of late Arun Jaitley, filed his nomination papers -- two sets of papers -- to contest for the president's post of the Delhi and District Cricket Association (DDCA), a position that his father held for 14 years.

"I have filed the nominations because one has to work. Cricket administration is not easy. Things need to be done that are appropriate to the requirement of the subject here [DDCA]," 31-year-old Jaitley, whose father was DDCA president from 1999-2013, told IANS.


The Batsmen Let The Bowlers Down: MS Dhoni

Only one more person -- Sunil Kumar Goel -- filed his papers against Jaitley, but he is expected to withdraw his candidature on October 10, the deadline for withdrawal of candidature.

While Jaitley has received overwhelming support from all the groups within the DDCA, no agreement could be reached between these for the lone post of treasurer and the four directors, for which polling, if required, will be held from between October 17 and 20.

One of the prized posts is that of the treasurer's. A total of 19 candidates have filed 30 sets of nomination papers for this position, but only one or two candidates are expected to remain in the fray after the withdrawals. So far, the rival groups have failed to sign an accord.

Shashi Khanna, the wife of former acting BCCI president and ex-DDCA vice-president CK Khanna, looks one of the strong candidates for the treasurer's post. She is likely to face Pawan Gulati, a maternal uncle of former India cricketer Gautam Gambhir, if a compromise is not signed between rival factions by October 10.

"I am definitely contesting for the treasurer's post. I have filed two sets of papers only to be on the safer side. Some other individuals have also filed their papers for this post, but most of them are individuals and don't belong to any groups. Individuals are weaker candidates than those fielded by groups. So, they are expected to eventually withdraw," Shashi Khanna told.

For the four posts of directors, 19 persons have filed 30 sets of nomination papers. Most of these persons belong to the CK Khanna group.

"CK Khanna says he has worked hard for these elections in the last few years. So, if he is not budging an inch at moment, he must be feeling he has a strong chance to win seats. As of now, he says he wants to contest the treasurer's post and all four directors' positions as well," said a member of the rival group.

That CK Khanna is confident was evident when Rohan Jaitley went to his house to thrash out the issues. But, as was evident on the third and last day of filing nominations on Wednesday, no arrangement could be reached as candidates from all the groups filed their nominations.

Rohan Jaitley's father and CK Khanna were together in college in Delhi.

Candidates can withdraw their names by 3 pm on October 10, following scrutiny of nominations on October 9.

Interestingly, also on October 10, the Supreme Court is to hear a Special Leave Petition related to the DDCA that could impact the elections. Although the apex court has not stayed the elections so far, it remains to be seen if these would take place as scheduled.

A member of a group said that he was planning to file an application for a stay on the election. But whether or not his group would agree with him, and actually try for a stay, remains to be seen.