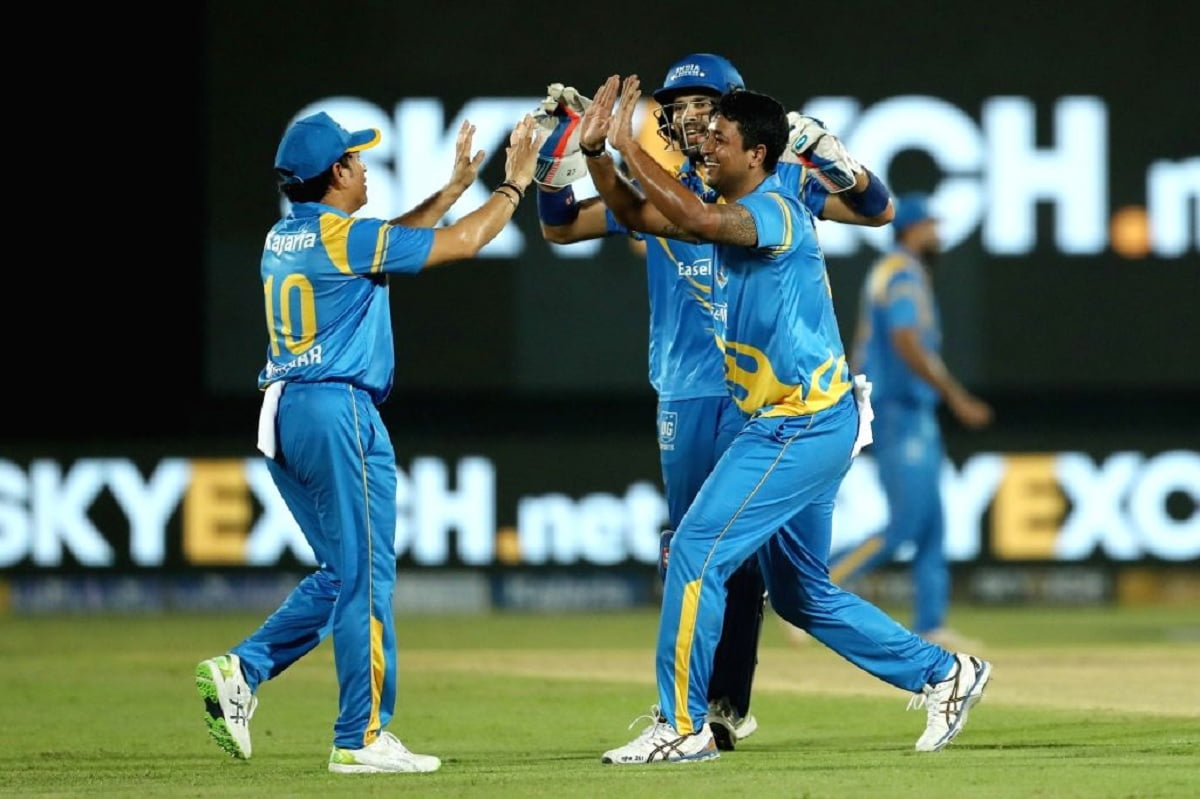 India Legends won the toss and elected to bat and got off to a great start with little master rolling back years and showing why he is the god of cricket. His innings were short lived and fell to Makhaya Ntini at 16 runs in 15 balls. He was replaced by another legend Suresh Raina who showcased his class scoring 33 runs in 22 balls.

But the star of the innings was Stuart Binny who played a blinder of an innings scoring 82 runs off just 42 balls. He was well supported by Yusuf Pathan, who scored a quickfire 35 runs off 15 balls.

Having set a massive target of 217/4 in their 20 years, the South Africa Legends started their innings strongly with both their openers Andrew Puttick and Morne van Wyk playing steadily and carefully. Rahul Sharma provided the first breakthrough with Morne van Wyk's wicket and post that no one could make a dent with their batting apart from the captain Jonty Rhodes, who stood not out at 38 at the end of the innings. The India Legends bowl well restricting South Africa Legends to 156/9. Rahul Sharma was the pick of the bowlers with 3 wickets and gave only 17 runs in his 4 overs. Munaf Patel and Pragyan Ojha both ended with 2 wickets each.

India legends won the game convincingly and Binny was the player of the match. Sunday will see a doubleheader between Bangladesh Legends and West indies Legend the second match will be between Australia Legends and Sri Lanka Legends, here.