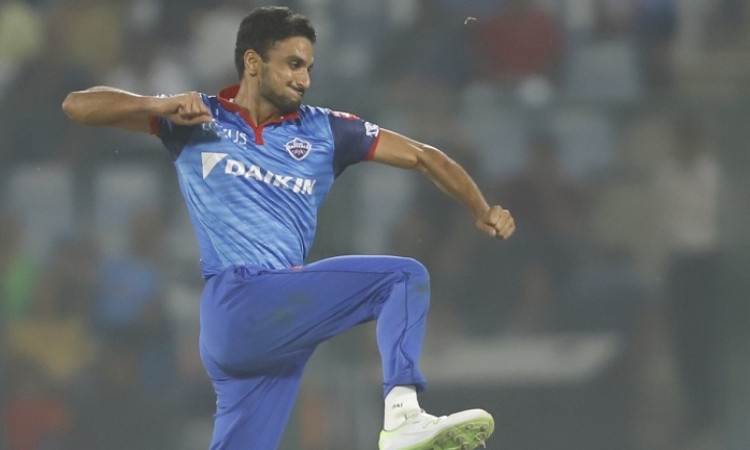 New Delhi, May 7: Delhi Capitals Harshal Patel believes that head coach Ricky Pontings leadership and man-management skills have played an important role in the teams turnaround in the past two years.

"Ricky ensures that every player feels valued and respected in equal measure. Irrespective of whether you are playing or not, he gives regular feedback to each person and makes them feel like an important part of the team," Harshal said during an Instagram live session with DC's official handle.

The right-arm seamer also believes that this provides much-needed stability to the squad. "In IPL, there are frequent changes in the team with new faces coming in each season. The support staff does a great job in creating consistency within the squad by ensuring that every new and old player believes in the ethos of the team. Once everybody is on the same page and each player understands their role, it becomes easier to gel and perform better as a team."

As uncertainty looms over this year's Indian Premier League season, the 29-year old remains confident of Delhi Capitals' prospects. "The IPL will return when the time is right, and when it does, Delhi Capitals' will be the team to beat."

Reflecting on the strong squad, Patel says, "Our biggest challenge will be choosing just 11 players from the hugely talented and competitive pool of cricketers we have. Once we strike the correct balance and find the winning combination, we could go far."

In the meantime, the pacer is staying focused on maintaining his fitness during the nation-wide lockdown. "I am determined to not let my training suffer in this period. Luckily, I have some expertise in strength and conditioning, so I am using the limited equipment I have at home to stick to a strict fitness regime which involves 5-6 days of workout in a week. The key is to mix up your workouts to avoid monotony," said Harshal, who could only play two matches for DC in the 2019 season due to injury.