IPL 2021: RCB's KS Bharat Says Winning Title For Virat Kohli Will Be Cherry On The Cake

Royal Challengers Bangalore batter Kona Srikar Bharat on Saturday revealed that Virat Kohli was elated with his last-ball six and said that it will be a cherry on the cake for the team to win the maiden title for Kohli who will be quitting RCB's captaincy after IPL 2021. 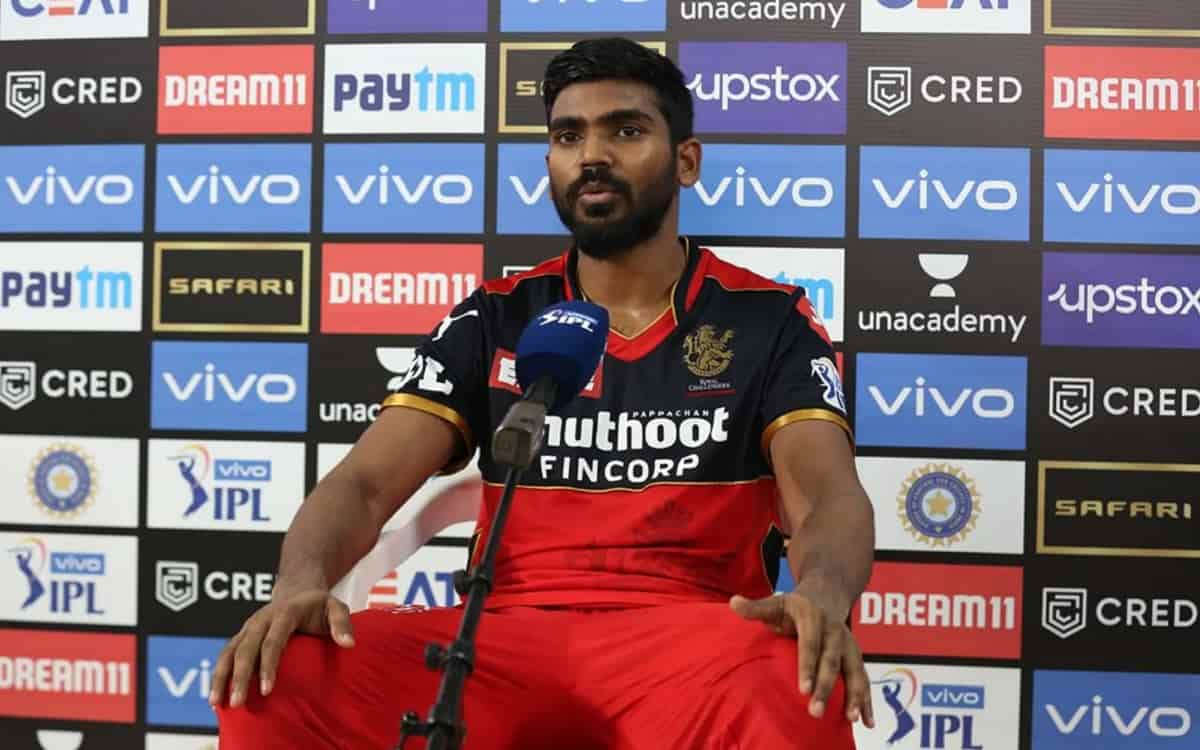 Continuing his good form with the bat, KS Bharat smashed an unbeaten 78 off 52 balls to steer Royal Challengers Bangalore to a thrilling 7-wicket victory over table-toppers Delhi Capitals in the 56th match IPL 2021.

With five needed from the last delivery, Bharat held his nerve and smashed a six straight over the head of Avesh Khan, who bowled a wide ball, to chase down DC's target of 165 on Friday.

RCB skipper Kohli was animated after Bharat's six on the last ball and following the game, he hugged the young batsman and told him to relish the moment.

"Virat bhai said 'it was an incredible effort, it is definitely a special moment for you, so enjoy'. He was overwhelmed that the last ball went for a six and we won the game," said Bharat in a virtual press conference organised b" RCB.

"Yes definitely winning the cup and giving Virat Bhai the IPL title will be a cherry on"the cake,"' he added. The wicket-keeper batsman said that Avesh's wide delivery on the sixth ball of the final over gave him the perfect opportunity to go for the big six in the last delivery.