The way Dinesh Karthik has shaped up IPL 2022, he has become "that rock" of RCB. 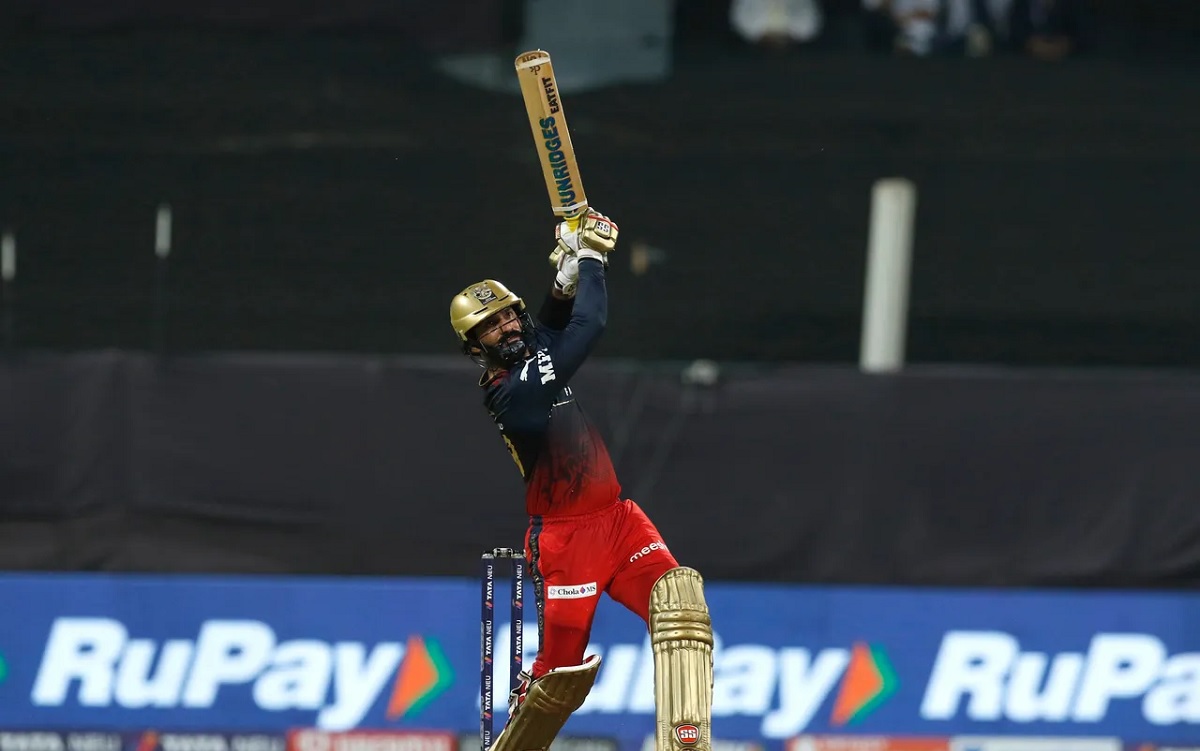 IPL side Royal Challengers Bangalore (RCB) have revealed that when South African stalwart AB de Villiers decided to quit the team and announced his retirement at the end of the 2021 season, the team was taken aback. But the way wicketkeeper-batter Dinesh Karthik has shaped up this season, he has become "that rock" of the side.

"DK (Dinesh Karthik) has probably been that rock. When you miss a guy like AB (de Villiers), we talked about how you are going to replace AB and now we are not doing that, but he (Karthik) has been exceptional in terms of finishing," said Mike Hesson, RCB's director of cricket operations on RCB Bold diaries before the Eliminator against Lucknow Super Giants at the Eden Gardens here later on Wednesday.

The last few games played by RCB witnessed their batters putting up a fine show with the bat while their much-talked about top order sprang back to life in the last league game against Gujarat Titans. With the team keeping its hopes alive of making it to the final, Hesson felt that a collaborative effort from Virat Kohli, skipper Faf du Plessis and Glenn Maxwell helped the side tame the Titans.

He added that Karthik had been ably supported by Shahbaz Ahmed and Mahipal Lomror, while Rajat Patidar had also been in good touch in the handful of games that he has played.

"I believe Rajat Patidar is an unsung hero. He came in as a replacement; he played some really important innings for us. He is a guy, whom we would like to see, how he develops in the next couple of years.

"Mahipal has also been impressive. He came in a little bit late. He had an initial injury and then came back. He had to wait. By this time, he has come back and added some spark," Hesson said about RCB's explosive middle-order all-rounder.

"Maxi (Maxwell) has got better and better as the tournament progressed," added Hesson.

Overall, he also backed du Plessis' captaincy, saying that the South African has the "capability of bringing people along for the ride".

"Faf's been great, once we decided who was going to be captain and he was made aware of that, it was certainly not all about him putting a stamp on it, but coming in and contributing to the culture, and the word culture is often overused and often it's based around performance. So, people go, 'oh they've won, so they must have a great culture... for me, the culture happens first, it's something that is quite hard to define, it's more about how you react under pressure, how you react to your team-mates, and Faf is big on that.

"He (du Plessis) is big on creating a legacy as well in terms of we have actually got to set things in place for the next 3 years and hopefully beyond. He also has the capability of bringing people along for the ride, which I think is really important. Virat is obviously a key part of that, being our ex-captain, and such an influential character, but he also brought a whole lot of senior players for the ride that he can engage with. All the young guys love him because he cares, actually genuinely talks and sit to have breakfast with them, gets to know them, sits them by the pool, whatever it is to actually build that group and he does that organically, it's not fake, it's quite a natural way with how he deals with people," added Hesson.