Ravindra Jadeja notched up his first Test hundred outside India, with his splendid 104 becoming the perfect second foil to Rishabh Pant's marvellous 146 on day one. 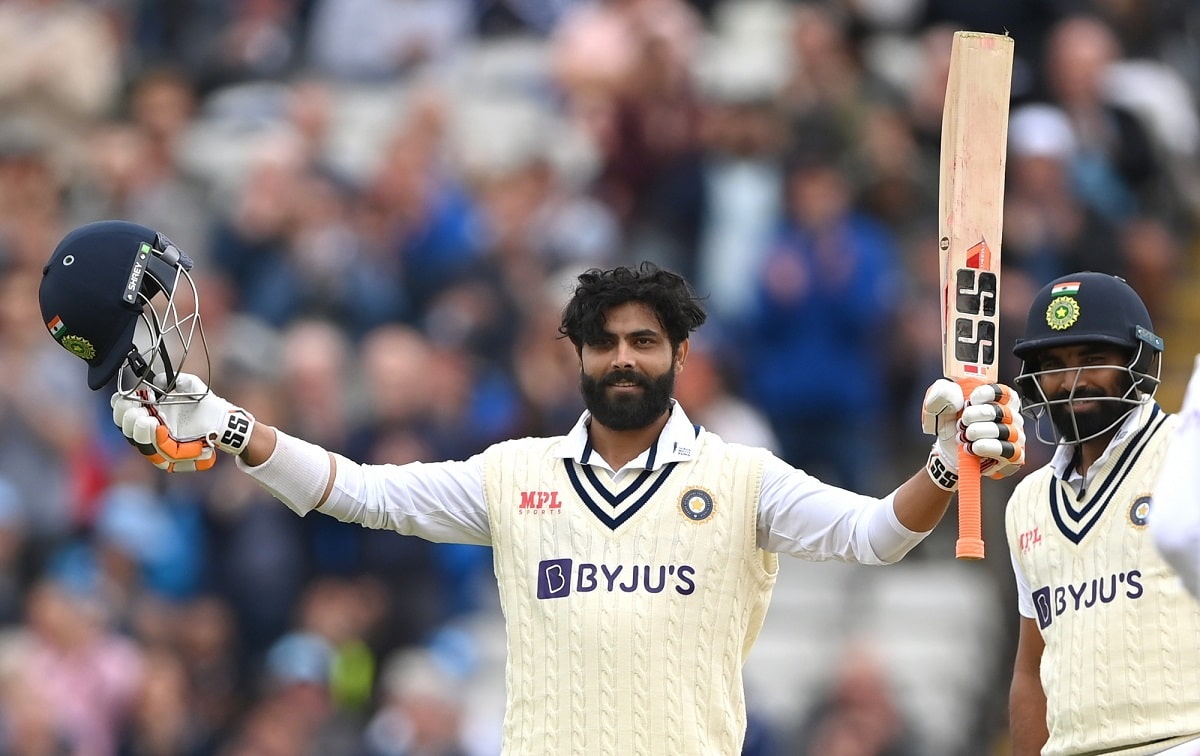 India all-rounder Ravindra Jadeja revealed that while making 104 during the first innings of the rescheduled fifth Test against England at Edgbaston, he was telling himself to not throw his bat outside the off-stump and play with the bat closer to the body.

On Saturday, during day two, Jadeja notched up his first Test hundred outside India, with his splendid 104 becoming the perfect second foil to Rishabh Pant's marvellous 146 on day one. His knock had discipline combined with eye-catch shots, propelling India to post 416 in the first innings.

"I was enjoying my batting, especially when coming to England, you have to prepare yourself like that because in conditions like this, you can't throw your bat outside the off-stump. You just always have to play closer to the body, so that was what I was looking to do it."

"I was working on my mindset and kept talking to myself that 'I don't need to throw your bat outside the off-stump, let the ball come to me'. I just kept talking to myself and that helped me a lot because in England, if you look to play cover drives, you have a chance of getting caught out in slip. That is what I was telling myself, don't throw bat outside off-stump, play closer to the body," said Jadeja in a chat to Ravi Shastri for broadcasters Sky Sports before the start of day three.

Jadeja had a 222-run stand with Pant, in a much-needed rear-guard act for India, who were 98/5 at one point, telling the wicketkeeper-batter to play in a sensible way. "Also, me and Rishabh (Pant) were talking to each other that put price on our wicket because when I was batting, there were tricky situations and kept talking to each other in the middle. We all know how attacking he is. He loves to take on the bowlers. I was just saying to him that 'make sure your shot selection would be alright. Try and just play sensibly'."

"Because at times, you keep playing and trying all those shots, then you get out. So, I was trying to keep and tell him to calm down. I was taking my time initially and was trying to get going. Like, Rishabh was scoring runs from the other end and I was holding back, trying to give him a stand and build a long partnership. That was going through our minds."

Jadeja felt that India need to just hit the areas which captain Jasprit Bumrah and pacer Mohammed Shami hit consistently on Saturday. "Nothing has changed in the wicket. The odd ball was kicking off, so if you keep hitting the seam, like how Shami and Bumrah did (on day two), they were fantastic and were bowling in good areas. Hopefully, if we get couple of wickets today, we will be on top of the game."

Jadeja signed off by reflecting on a point in his career when self-belief became a big factor in his batting stocks rising in Test cricket. "I started believing in myself few years ago, from 2017/18. Like, I needed to survive at this level, I can survive and score runs at this level. That mindset helped me a lot and now whenever I come out to bat, I look to play long and try to score big runs."