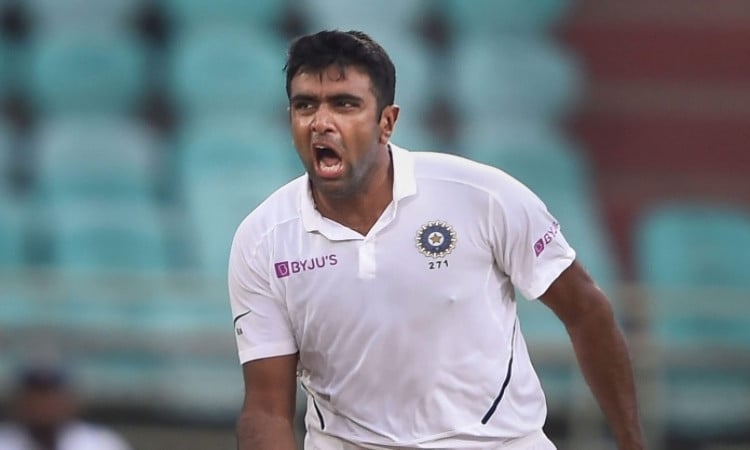 Indore, Nov 14:  India's spin spearhead R. Ashwin on Thursday became the third spinner after Anil Kumble and Harbhajan Singh to pick 250 wickets on Indian soil. He achieved the feat during the second session of the first Test against Bangladesh at the Holkar Cricket Stadium as he cleaned up skipper Mominul Haque for 37.

A brilliant display from the Indian pacers saw Ashwin bowl just 4 overs in the opening session and even there he had the chance of picking the 250th wicket, but Ajinkya Rahane dropped the catch off the same batsman. But there was no banking on others post lunch as he bowled the perfect delivery to disturb the timber.

Earlier, the pace bowling trio of Ishant Sharma, Umesh Yadav and Mohammed Shami finished with a wicket apiece in the first session of the opening day, but more importantly, they kept bowling a testing line and length.

Batting first on the wicket which already looked to be favouring the pacers meant that the opening duo of Shadman Islam and Imrul Kayes needed to play out the new ball. But senior opener Kayes (6) was the first to go as Umesh bowled the perfect length outside the off stump to have Kayes poke at the ball. Rahane made no mistake grabbing it in the slip cordon.

With Kayes out in the sixth over, it was now important for Shadman to consolidate with skipper Haque. But Ishant struck soon after as he once again like Umesh bowled the perfect line outside off to get Shadman to edge one straight to Wriddhiman Saha. With both the openers back in the hut by the seventh over, the back of the Bangladesh batting was already against the wall.

But that wasn't all as Shami then came in to send back Mohammad Mithun - trapped right in front for 13. The scoreboard read a dismal 31/3. That is when Haque and Mushfiqur came together and ensured that they don't lose any more wickets in the session.