WATCH: Ashwin Picks Up His 50th Test Wicket In 2021; Becomes The First Bowler To Do So This Year

In the ongoing test match between India & New Zealand at Wankhede, team India are well poised to win the test match, as the hosts require another 400 runs to win the match with just 5 wickets in hand. Ace Indian spinner R Ashwin has troubled the NZ batters on his will and has registered a few more records to his name. 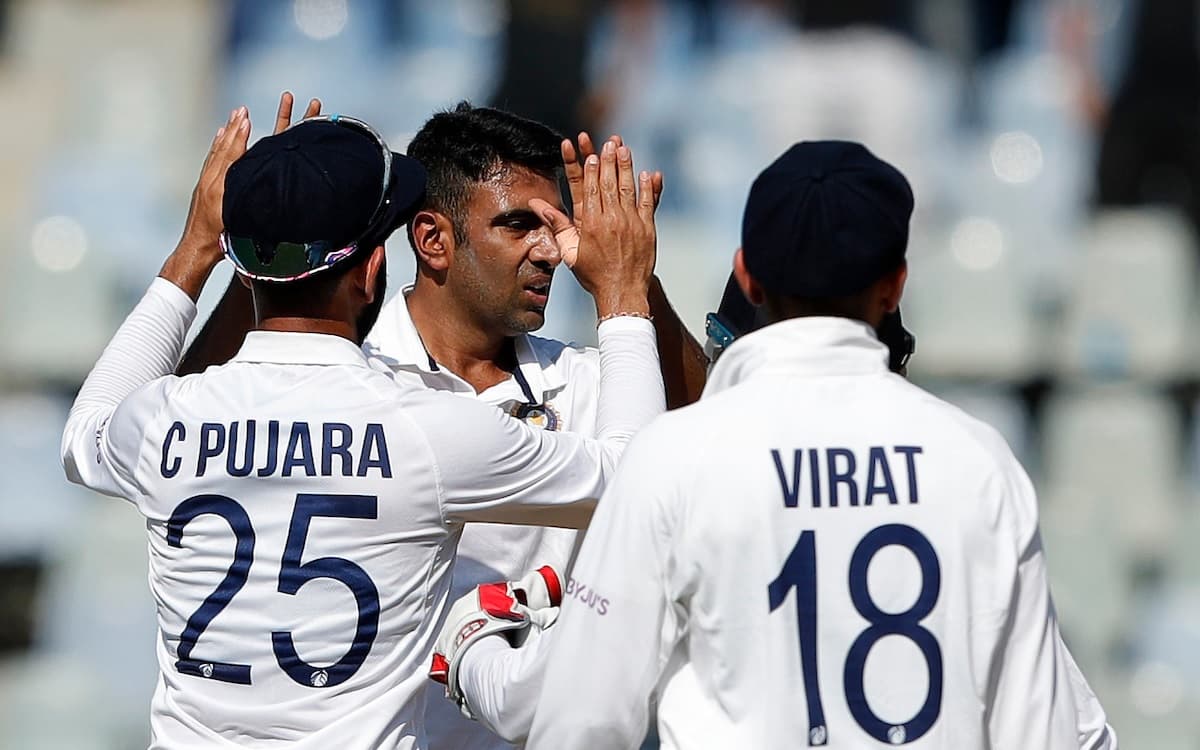 In the second innings, as Ash dismissed NZ openers Tom Latham & Will Young, he completed 50 test wickets in the calendar year 2021. 'Lege' Ashwin became the first bowler to reach the 50-wicket mark this year.


Captaincy Will Be A 'Huge Challenge' For Pat Cummins, Believes Jason Gillespie

In the first innings, Ashwin returned with bowling figures of 8-2-8-4 and crossed Shaheen Afridi's 44 wickets this year to become the highest wicket-taker in tests in 2021. He also crossed Wasim Akram & later Harbhajan Singh to get ahead of them in the list of highest wicket-takers of all time.

Another record Ashwin registered to his name as he dismissed Ross Taylor in the second innings - he has now 65 wickets to his name in India vs New Zealand contest and has levelled with Sir Richard Hadley to be the highest wicket-taker in test matches between these two teams.

Ashwin has registered these 65 wickets in 17 innings, while Hadley completed these wickets in 24 innings. The Indian spinner also boasts a better average, strike rate & economy in comparison to the Kiwi legend Sir Hadley.

New Zealand will come to the field tomorrow hoping for a miracle to save the test match & the series. Indians just need 5 wickets to win while New Zealand needs 400 more runs to win the match. This match is being played at Wankhede Stadium, Mumbai.