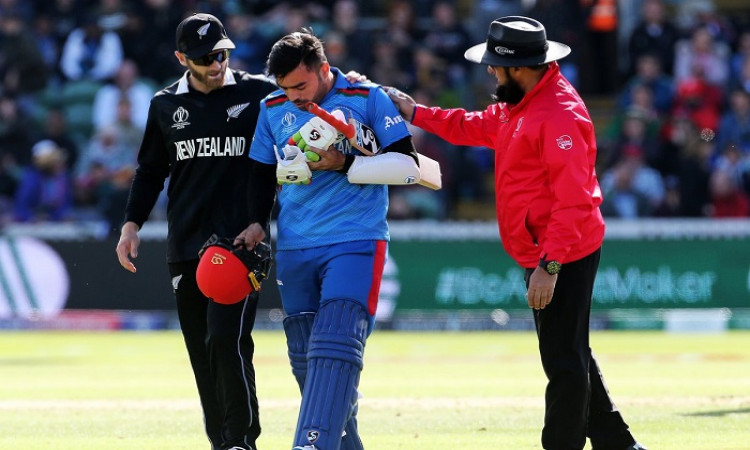 Taunton, June 9 (CRICKETNMORE):  Afghanistan's star leg-spinner Rashid Khan was ruled out of their World Cup match against New Zealand after he was hit on the helmet as he got out, here on Saturday.

"Rashid Khan will take no further part in the game today. He has been pulled out as a precaution after being hit on his head while batting," the ICC said in a tweet.

Rashid was batting on 0 when a Lockie Ferguson delivery in the 34th over climbed into his helmet and ricocheted down onto the stumps.

Rashid was visibly shaken by the blow as Kane Williamson, his captain at Sunrisers Hyderabad in the Indian Premier League, was seen coming across and putting his arm around Rashid to check if he was alright.

The physio was then out on the field as Rashid was escorted off with his eyes starting to bulge.

Afghanistan were bundled out for a paltry 172 as James Neesham returned career-best figures of 5/31.