WATCH: Rashid Khan Brings Out The 'Helicopter'; Dispatches The Ball Out Of Stadium

Pakistan Super League: The 9th match of the PSL 2022 played between Peshawar Zalmi and Lahore Qalandars on Wednesday (2nd February), which was won by the Qalandars with a margin of 20 runs. During the 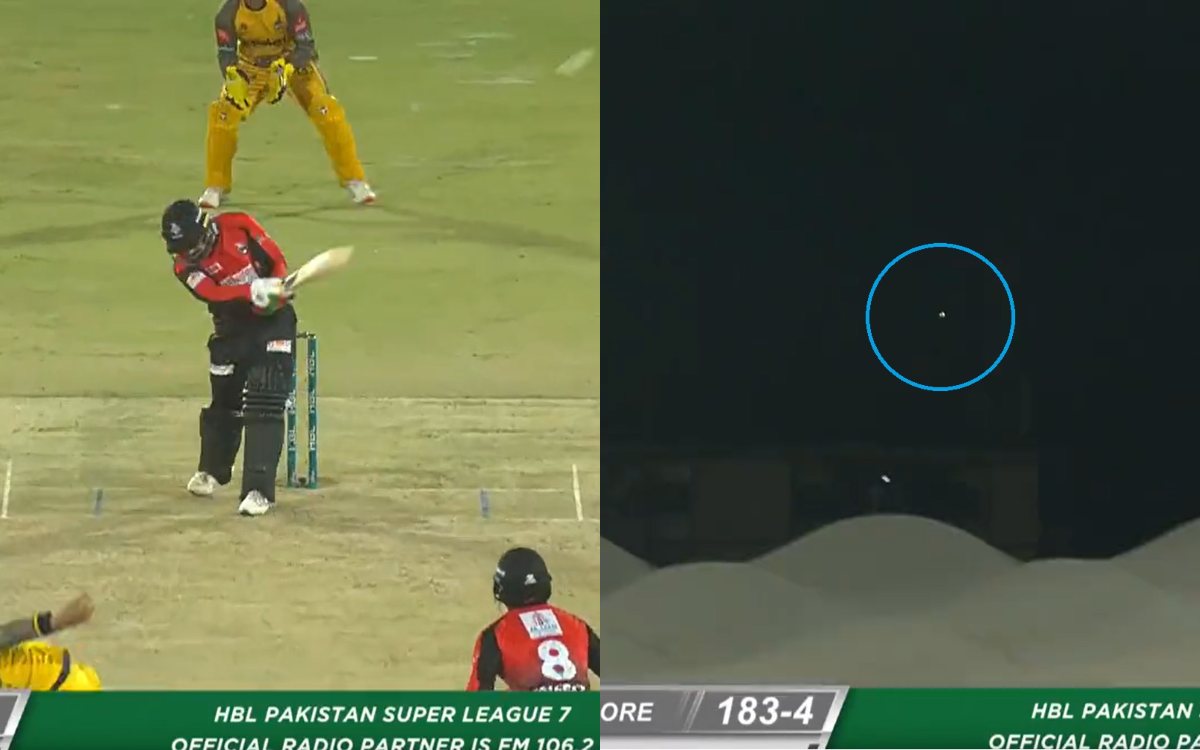 Pakistan Super League: The 9th match of the PSL 2022 played between Peshawar Zalmi and Lahore Qalandars on Wednesday (2nd February), which was won by the Qalandars with a margin of 20 runs. During the match, Qalandars smacked a lot of sixes but a six by Rashid Khan took all the limelight and attention, especially on social media spaces.

Lahore Qalandars, after opting to bat first, smacked Peshawar bowlers all-around and registered 15 boundaries and 10 sixes. Out of these, three sixes were smacked by the Afghan spin-magician Rashid Khan, but this shot was special and was shared by the official account of the Pakistan Super League on Twitter.

This happened in the 20th over of the Qalandars' innings, bowled by Peshawar Zalmi's Salman Irshad. The Zalmi pacer pitched the second ball right in Rashid Khan's slot outside off. The Afghan shuffled a bit inside the crease and picked the ball to perfection. Khan executed a helicopter shot and the ball went sailing over deep square leg for six runs.

Rashid Khan smacked 22 runs off 8 balls with a strike rate of 275 with the bat, and with the ball, he picked up an important wicket as well. Rashid dismissed experienced Peshawar batter, Shoaib Malik, for an individual score of 7 in 9 balls.

While talking about the match, Lahore Qalandars posted 199/4 in 20 overs, courtesy of Shafique' 41, Fakhar Zaman's 66 and quick innings from Hafeez (37* off 19 balls ) and Rashid Khan (22* off 8 balls). In reply, Peshawar opener and returning player Kamran Akmal smacked 41 off 24 balls while #4 Haider Ali scored 49 off 34 balls before he was unluckily run out. None of the other Peshawar batters could face Lahore bowlers and in the end fell short by 29 runs, finishing the innings at 170/9 in 20 overs.