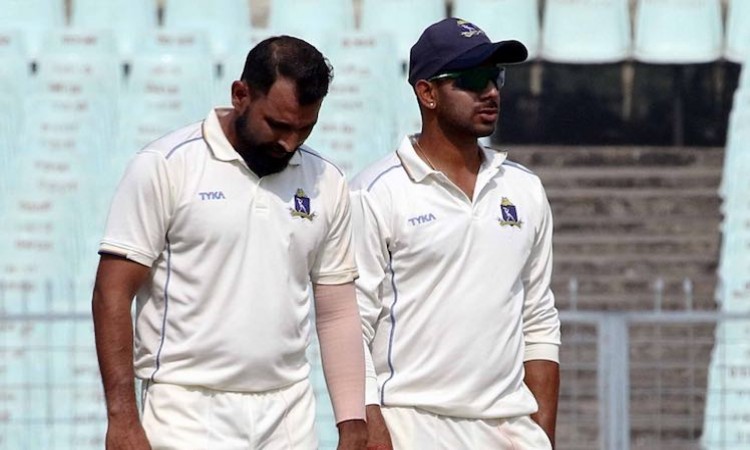 An integral part of India's Test setup, Shami was asked by the BCCI to play the ongoing Ranji Trophy match against Kerala on the condition that he would bowl 15-17 overs per innings.

On Wednesday, Shami rolled his arms for 26 overs in the first innings.

"When you are playing a match for your state, the important thing is to fulfil your responsibility," said Shami returning with 26-3-100-3 at the end of day 2.

"I was also feeling well and had no discomfort. The wicket was also doing well so I continued as long as I could... I decided on my own," added Shami, who is India's highest wicket-taker in Tests this year.

Shami said it was best to bowl in a match than in practice.

"It was better to bowl for your team and state rather than practising somewhere else... The more you bowl here the better it will help in Australia. It was a good preparation. For me bowling in a match is the best preparation. I prefer that any day."

Shami is the leading Indian wicket taker in Tests this year with 33 wickets in nine games.

Talking about his preparation for the Test series beginning next month Down Under, he said, "I've prepared well, had good training and match preparation. I've a practice match there. I will be ready for the Tests."

"He was absolutely willing to bowl so he continued. Nobody put pressure on him," Bahutule said.

Also Read: Johri set to resume as BCCI CEO after getting clean chit