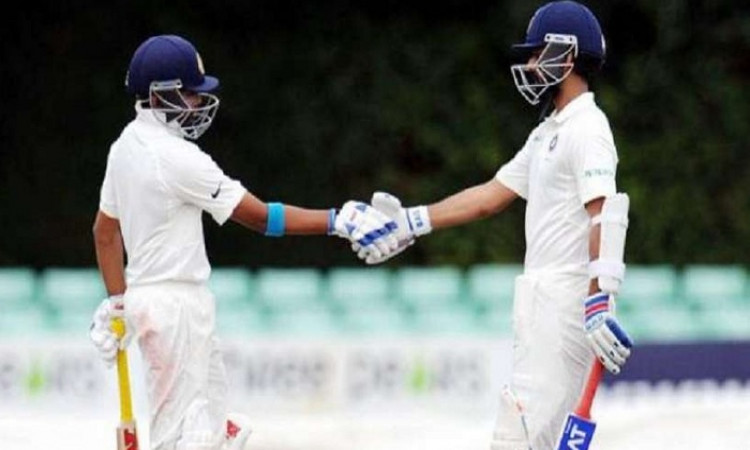 Mumbai, Dec 3: India's Test vice-captain Ajinkya Rahane and opener Prithvi Shaw have been named in the 15-member Mumbai squad for their Ranji Trophy opener against Baroda slated to be played next week.

Mumbai, the 41-time domestic champions, will begin their tournament campaign in Vadodara from December 9.

Batsman Suryakumar Yadav has been named the captain while experienced wicket-keeper Aditya Tare will serve as his deputy.

Rahane has been in prolific form in the recent times, scoring heaps of runs for India in red-ball cricket. On the other hand, the match against Baroda will provide Shaw with an opportunity to redeem himself and present his case for selection in the national side.

The 20-year-old, who was given a back-dated eight-month ban for a doping violation on July 30 by the Board of Control for Cricket in India (BCCI), made his return to competitive cricket in the Super League stage of recently-concluded Syed Mushtaq Ali trophy and hit a 32-ball 50 against Assam in his first game.