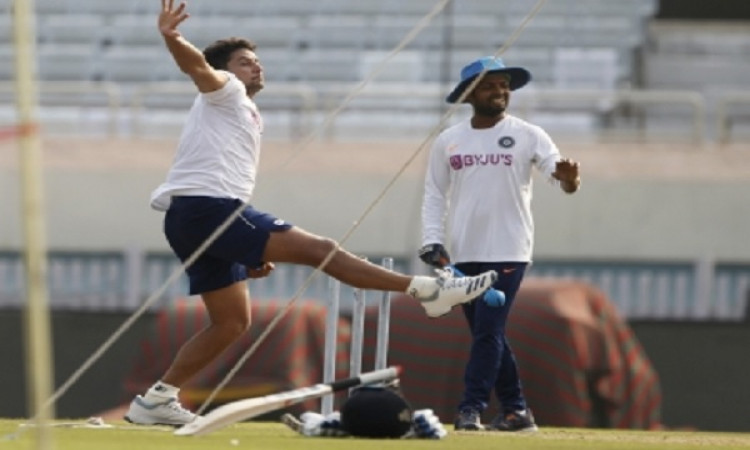 New Delhi, Oct 18  Jharkhand left-arm spinner Shahbaz Nadeem has been added to the Indian squad for the third Test against South Africa in Ranchi after Kuldeep Yadav complained of left shoulder pain on Friday.

With the series already in their kitty, Team India will aim to go for the kill and clean sweep the three-Test rubber when they face a demoralised South African team in the final match beginning Saturday at the JSCA Stadium.

Also Read: Contracts of likes of Pujara & Rahane can be re-looked, says Shantha

The hosts dominated the first two matches in all the three aspects of the game and dented the confidence of the Proteas severely. They won the first Test by 203 runs in Vizag and went on to better their performance in the next game, registering a comprehensive victory by an innings and 137 runs in Pune.

However, the visitors can hardly expect any respite in Ranchi as Virat Kohli's men would like earn another 40 points and extend their lead in the World Test Championship.

"We are not going to take the foot off the gas in the third Test. We are looking for a result and hopefully make it 3-0. No one is going to relax at any stage, that is a guarantee," Kohli had said after the Pune Test.

The Indian team has ticked all the boxes in the series so far. Their batsmen are scoring heavily, the spinners are picking wickets at regular intervals and the pacers -- who have been on a roll in the last two-three years -- have been relentless.