Ramesh Mendis scalped five wickets as Sri Lanka comprehensively defeated West Indies by 187 runs in the first Test of the two-match series at the Galle International Stadium on Thursday. 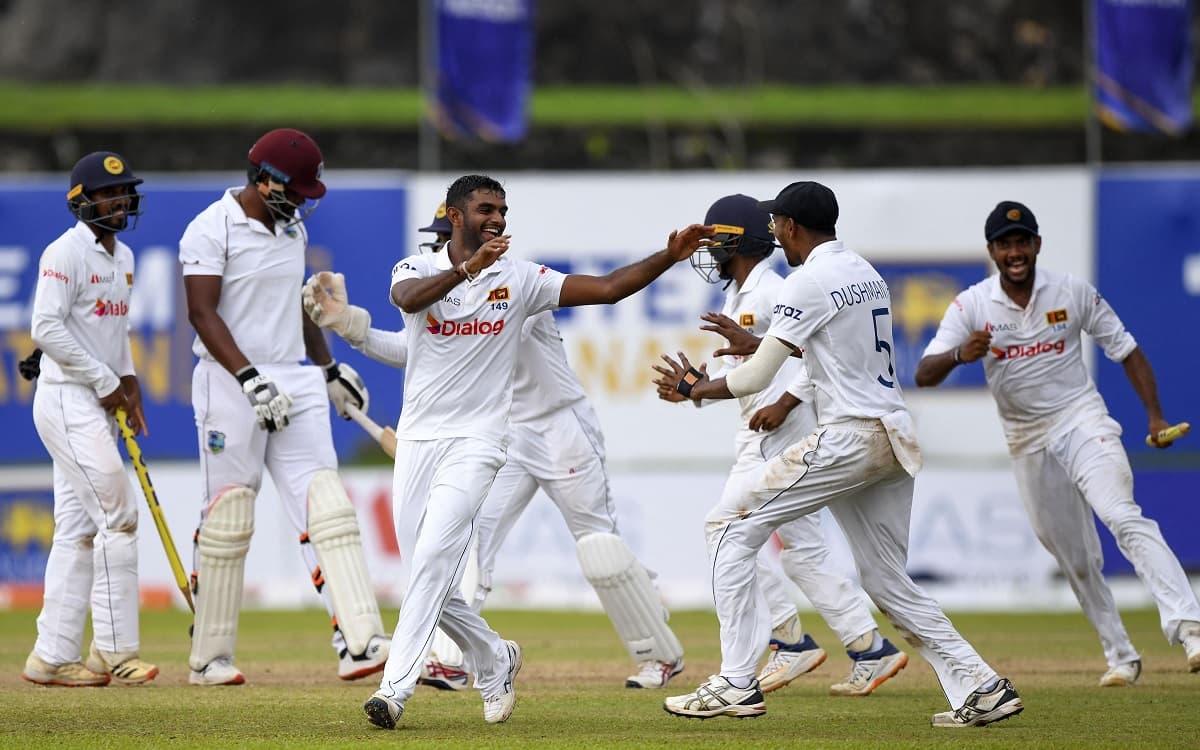 Resuming Day 5 on 52/6, overnight batters Joshua Da Silva and Nkrumah Bonner defied Sri Lanka for 173 balls as they put up a 100-run partnership in 44.4-overs.

However, right on the cusp of the lunch break, Lasith Embuldeniya got the better of Da Silva (54) and West Indies was reduced to 118/7, still needing 230 to win.

With Da Silva's dismissal, West Indies' chances of securing a draw dipped substantially. Da Silva completed a fifty off 121 balls but was squared up by a turning Embuldeniya delivery a few overs later, with the resultant edge held by Dhananjaya de Silva at slip.

Rahkeem Cornwall then joined Bonner, and put in a shift that lasted 46 balls until he ran out of patience, toe-edging a catch to mid-off when he attempted to heave Praveen Jayawickrama down the ground.

The Number 10 batsman Jomel Warrican tried hard to negotiate the Sri Lankan bowlers, saw out 20 balls before he gave a bat-pad catch to silly mid-off.

Shannon Gabriel, whom Bonner was trying desperately to shield from the strike, was also squared up and caught at slip off Embuldeniya, after a six-ball stay. Bonner remained unbeaten on 68 off 220 balls. The last two batters were dismissed cheaply and in the end, Sri Lanka registered a 187-run win to gain a 1-0 lead in the two-match series.

After receiving the player of the match, Sri Lanka captain Dimuth Karunaratne said, "It's a great Test for me. I'm playing after a long time and I didn't even play any club cricket recently. I think youngsters are gaining experience from this Test. Our spinners did a good job. The fast bowlers didn't get many overs but they did the job with the ball. The last couple of months there were heavy rains and we weren't sure how the wicket was going to behave and that's why we picked two pacers. We will see how the conditions are for the next one before thinking about team selections. We need to carry on the good work and I have some targets to achieve and I'm glad that we are playing well as a unit."