Rajat Sharma in the dock as BCCI CoA questions DDCA 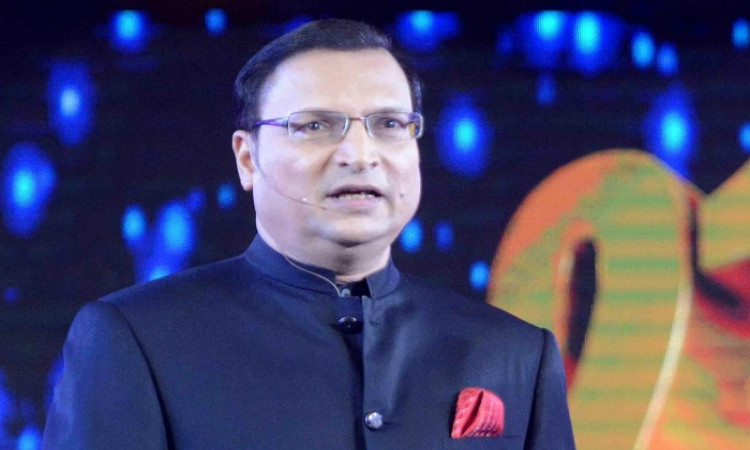 New Delhi, Sep 27:  The Committee of Administrators (CoA) have pulled up Delhi and District Cricket Association (DDCA) President Rajat Sharma and asked him to explain the reasons behind the complaints that have been made by DDCA directors to the committee against the working of the association.

Speaking to IANS, a senior board functionary said that the CoA wrote to the DDCA chief after getting complains from directors and members, but is yet to receive a reply from Sharma.

"The CoA has written to Sharma and it was regarding the number of complaints sent in by the DDCA directors and members. He has been sent a letter to explain the grievances being brought forward against the functioning of the association. Any state association where there has been an issue, the CoA has written to them and has received a reply. But strangely, the DDCA is yet to reply in the matter even though the mail was sent around September 20," the functionary said.

DDCA director Sanjay Bhardwaj had written to the CoA on September 9 and said that the committee was itself violating the orders of the Supreme Court by allowing many states including DDCA to amend the constitution overlooking the SC directions. He had gone on to request the committee to not overlook the mails sent by Vinod Tihara regarding the mismanagement in DDCA.

Bhardwaj then wrote to BCCI Electoral Officer N. Gopalaswami on September 16 and pointed that the DDCA had been wrongly considered a fully compliant association by the CoA despite it not fulfilling some of the criteria laid down by the SC in its order of August 9, 2018.

He also pointed on the absence of former cricketers in the DDCA Apex Council. "As per the directions of Hon'ble Supreme Court, the associations out of the 9 members should have 1 male cricketer and 1 female cricketer from the players' association of the state whereas DDCA has none. So on what basis has the DDCA been put in the category of "fully compliant" associations?" he enquired.

In fact, DDCA life member Prabhu Chawla also requested the Electoral Officer to revert to the issues raised by Bhardwaj in the mail.

Earlier, in April, 10 of the 15 Board of Directors of the DDCA had signed a resolution for the withdrawal of all powers of association President Sharma. These 10 members were Vinod Tihara, Rajan Manchanda, Renu Khanna, Sanjay Bhardwaj, Alok Mittal, Apurv Gupta, S.N. Sharma, Sudhir Agarwal, Rakesh Bansal and Nitin Gupta.

In the resolution, accessed by IANS, the 10 directors had said that all day-to-day functioning powers of Sharma be withdrawn and future decisions be taken by the apex council.

Vinod Tihara, who was at first made the secretary, and Bhardwaj had protested against Sharma's style of functioning from the beginning. The former cricketer said that even the other directors later realised that they needed to put their foot down. "We have been trying to bring up Sharma's wrong style of working for a while, but we didn't have the support. But the other directors have also now realised that they are being mistreated and that is not on," he had told IANS.