Fire Power By Tewatia, Miller Takes Gujarat Titans At The Top Of The Table

Gujarat Titans were struggling at 95/4 till Rahul Tewatia & Miller started an evening show against RCB. The due played match winning innings for their side. Now with 16 points GT has a strong hold on the top of points 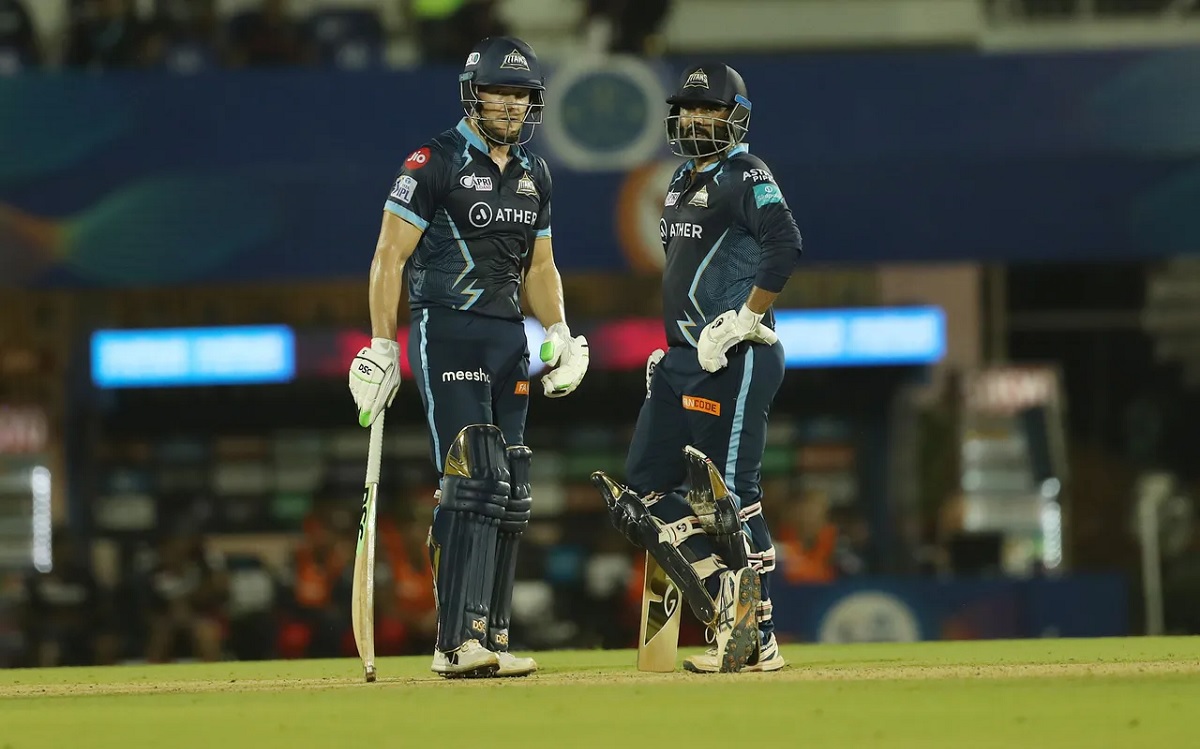 Chasing a target of 171, Gujarat Titans had slipped to 95/4 with Sai Sudarshan (20) getting back to the pavilion in the 13th over of their IPL 2022 match against Royal Challengers Bangalore at the Brabourne Stadium on Saturday.

And to compound their problems, Sri Lankan spinner Wanindu Hasaranga had given only two runs in that over. The next over was another good one for RCB as Mohammed Siraj allowed only four runs.


MI Bowlers Restrict Rajasthan Royals At 158/6, Another Fifty For Buttler

Suddenly, Gujarat Titans' job was looking tough as they needed 70 runs in the last six overs.

David Miller and Rahul Tewatia changed the equation in the next two overs -- hitting 13 runs off Hasaranga in the 14th over while Siraj gave away 15 runs in the 15th over, including 4 leg-byes.

Miller struck Hasaranga for a four and six off successive balls, thus taking to 113/4. At the same juncture, RCB were 113/2. In the next over, Miller scored a couple followed by a single in the first two deliveries, Tewatia was lucky to get four runs as Mahipal Lomror misfielded and Tewatia rubbed salt into the wound by hitting the next delivery for a boundary.

On the last ball of the over, Siraj rapped Tewatia on his pads in front of the wicket but the batsman survived the video referral as the ball was missing the leg stumps. To the delight of Gujarat Titans, the ball went for four leg-byes.

Those two overs proved the turning point of the match as the 28 runs put Gujarat on road to victory, though Harshal Patel tried to salvage the situation by restricting them to seven runs in the next over.

Tewatia and Miller continued the good work and scored 17 runs off the 18th over bowled by Josh Hazlewood -- Tewatia blasting a six and a four off successive deliveries while Miller struck the Aussie for a four on the last ball, pushing Gujarat Titans towards victory.