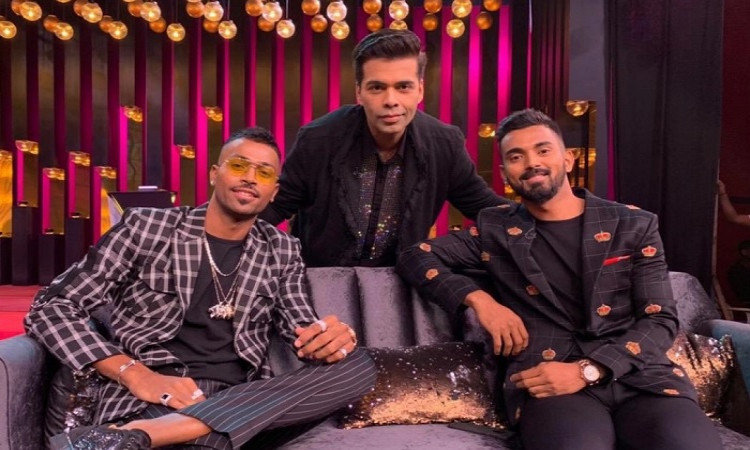 New Delhi, June 5: India all-rounder Hardik Pandya recalled the infamous chat show episode that threatened to derail not just his career but also teammate K.L. Rahul's. The duo were called back mid-way from India's tour of Australia couple of years ago following the unsavory and misogynist remarks made on the show.

Hardik revealed they took a short break from each other because of the stress level that had piled on after the show was aired. But he stated that their friendship has grown since and they are like siblings.

"He is like a brother to me. We have enjoyed success together and gone down in same boat as well," Hardik told Cricbuzz.

"Yes, we took one-month off from each other because at that time stress level was so much. But that guy never changed.

"Yes, he has become a bit more calmer but our relationship has remained the same. We still love each other despite whatever happened in our lives."

Hardik also opened up regarding how he changed as a person in the aftermath of the faux pas he committed on national television. The 26-year-old also spoke about his father getting abused because of his actions and he called that as unacceptable.

"I just became more wiser that's it. I have made mistakes in my life and the best part I like in me is I accept them. If I hadn't accepted my mistake one more television show would have been on the cards.

"The same way if I don't accept my cricketing mistake I will make the same mistake in the next game. I just wanted to accept my mistake and get it over with.

"My father was abused. He gave an interview and they made a mockery out of it. What hurt me the most was my actions caused my family problems and that is not acceptable to me."