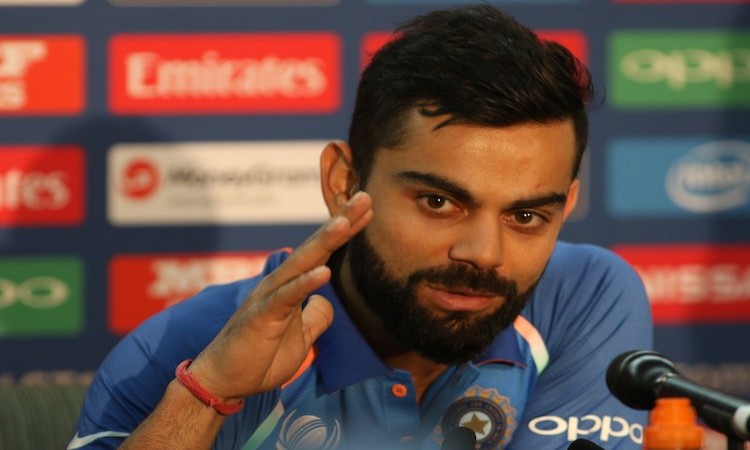 Feb.2 (CRICKETNMORE) - India beat South Africa by 6 wickets in first ODI at Darban on Thursday. India's captain Virat Kohli who scored a brilliant century in the match and was later awarded with Player of the match was very happy with his own and team's performance.

Check out what Kohli said during the post match presentation ceremnoy:

It was quite special. We wanted to take the confidence from Jo'Burg to here. We wanted one good partnership. Very very happy for Jinks as well.

It is easier to break down the total when you have a number on the board. I like to understand the game. I had never scored an ODI hundred in South Africa.

On his Knee Injury

It was my knee but my groin took the impact. The outfield for me was quite dangerous. I am ok now.

Jinks has a good technique and he took the confidence from the last game and never had doubts in his mind. He batted positively and I could solidify the situation from the other end. Hats off to him, he was outstanding.

Bhuvi and Bumrah again, we bank on them. The two wrist spinners have been making the difference for us. Having two wrist spinners I mentioned in the press conference is a huge advantage. It augurs well for the team when you have two fearless youngsters. They set their own field as well. They will have to keep this going for the rest of the series.