India skipper Ajinkya Rahane on Monday lauded his team's fighting spirit and character after the visitors batted the entire fifth day to draw the third Test against Australia at the Sydney Cricket Ground. 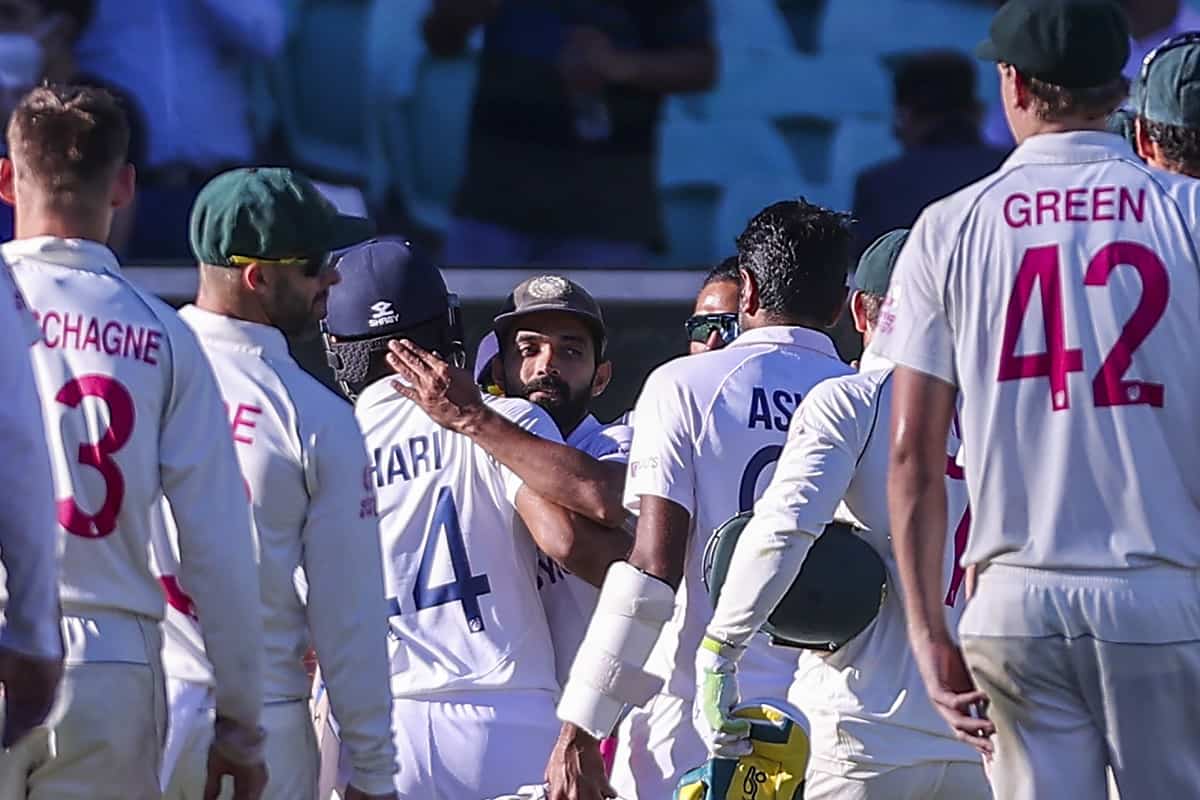 Chasing a mammoth target of 407, India reached 334/5 batting for 131 overs before both the teams decided to shake hands on the final day of the Test match.

Australia had posted 338 in their first innings and then bowled out India for 244, thus attaining a 94-run lead. The hosts declared their second innings at 312/6, setting a 407-run target.

Starting the final day at 98/2, India needed 309 runs and had their backs against the wall.

"Our talk coming this morning was to show character and fight till the end and not to think about the result. I am really happy with the way we fought especially today but also throughout the game, even in the first innings when Australia were 200/2 and getting them all out for 338 was really good," Rahane said at the post-match presentation ceremony while talking about the mindset of the Indian team before entering the final day.