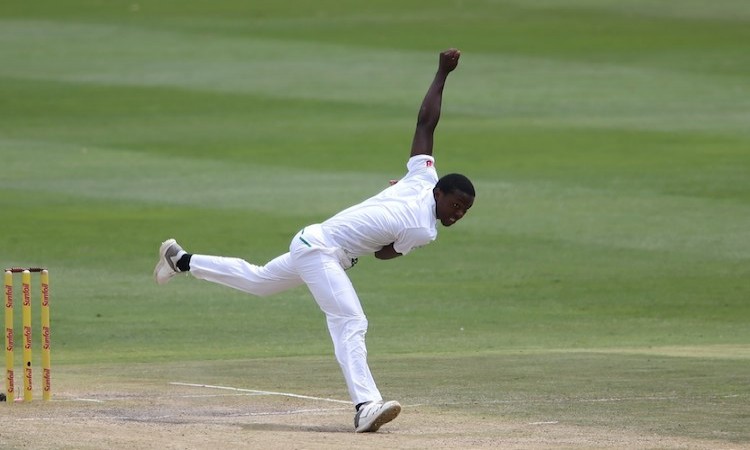 Port Elizabeth, Feb 14 - South Africa pacer Kagiso Rabada has been fined 15 per cent of his match fee for breaching the ICC Code of Conduct during the fifth One-Day International (ODI) against India.

Rabada also received one demerit point after being found guilty of a Level 1 breach of the ICC Code of Conduct for Players and Player Support Personnel during Tuesday's ODI.

The incident happened in the eighth over of India's innings when Rabada, after dismissing opener Shikhar Dhawan, waved at the departing batsman and also made a comment which could have resulted in a reaction from the batsman, according to an International Cricket Council (ICC) release.

Rabada was charged by the on-field umpires Ian Gould and Shaun George, third umpire Aleem Dar and fourth umpire Bongani Jele under article 2.1.7, which relates to "using language, actions or gestures which disparage or which could provoke an aggressive reaction from a batsman upon his/her dismissal during an International Match."

After the match, Rabada admitted the offence and accepted the sanction proposed by Andy Pycroft of the Emirates Elite Panel of ICC Match Referees and, as such, there was no need for a formal hearing.