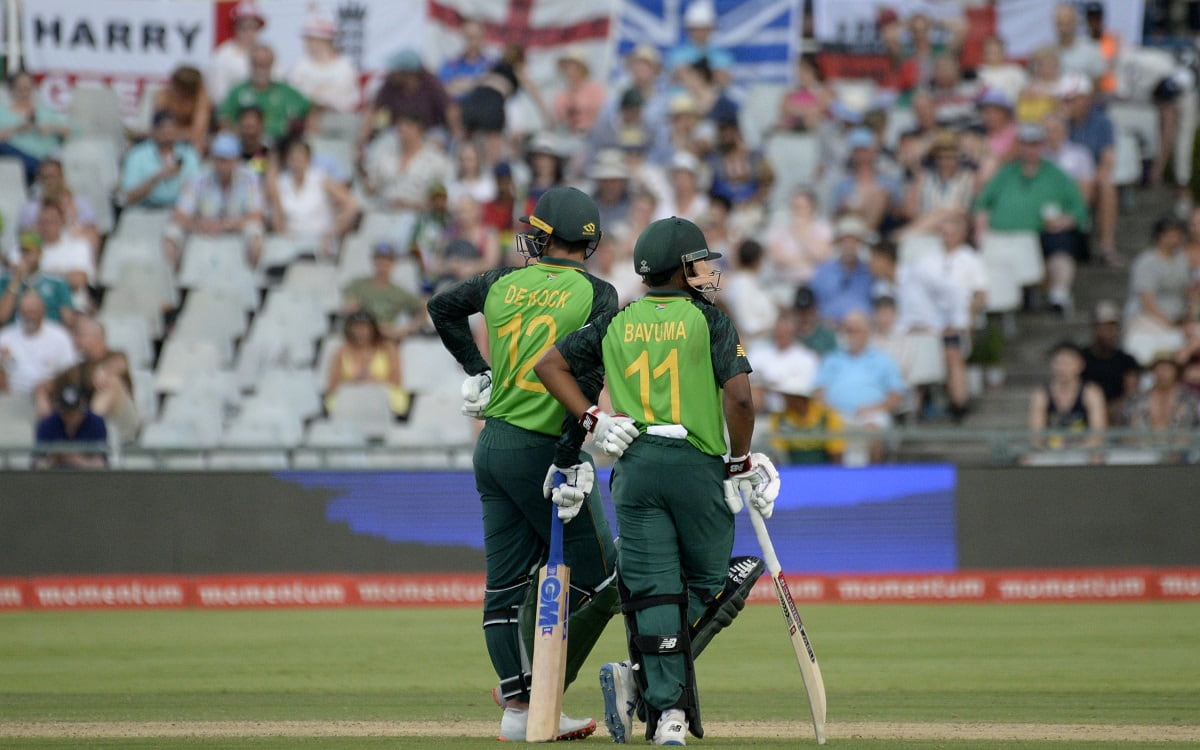 South Africa captain Temba Bavuma on Tuesday said that having Quinton de Kock back into the national side has been very good, adding that the wicketkeeper-batter will have a 'point to prove' in the three-match ODI series against South Africa.

The 29-year-old de Kock shocked his teammates and the cricket world when he announced his sudden retirement from Test cricket on December 30, citing family reasons most prominently. Since then, he has been on paternity leave over the last three weeks following the birth of his daughter, but remains available for the shorter formats and will take his spot at the top of the order against India on Wednesday.

"It's good to see Quinny again. We obviously miss him in the Test team, but he has made his decision and that's a decision we respect. Having Quinny again with the team has been good; and knowing Quinny, he will have a point to prove," Bavuma said in a virtual press conference.

"I don't want to put words in his mouth but he will have a point to prove, and I am sure he is as excited as we are to see him in the team," he added.

Bavuma also confirmed that de Kock and Janneman Malan will open the batting, with him slotting in at No 3 and feeling in good form. However, there is a conundrum of how to manage Aiden Markram, Rassie van der Dussen and David Miller's batting positions.

"Quinton and Janneman have done fairly well so I don't see that changing. I come back into the picture at No.3," he said.

"Then, it's probably more the middle order, whether we want to go with an extra batter or an all-rounder at 6. That's the real conversation that needs to happen," he added.

The captain also prefers an all-rounder over a specialist batter to ensure sufficient bowling stocks in the XI.

"As a captain, you always like to have as many resources as you can from a bowling front. You accept that one bowler isn't going to hit his straps on the day, so to be able to have an adequate replacement for him is a luxury," he said. "It's something we still need to settle on but I would like to have as many options as I can," Bavuma said.