Quinton de Kock led a resolute effort as South Africa lost just one wicket in advancing to 205 for five, a lead of 108 runs, at lunch on the second day of the first Test against the West Indies in St Lucia on Friday. 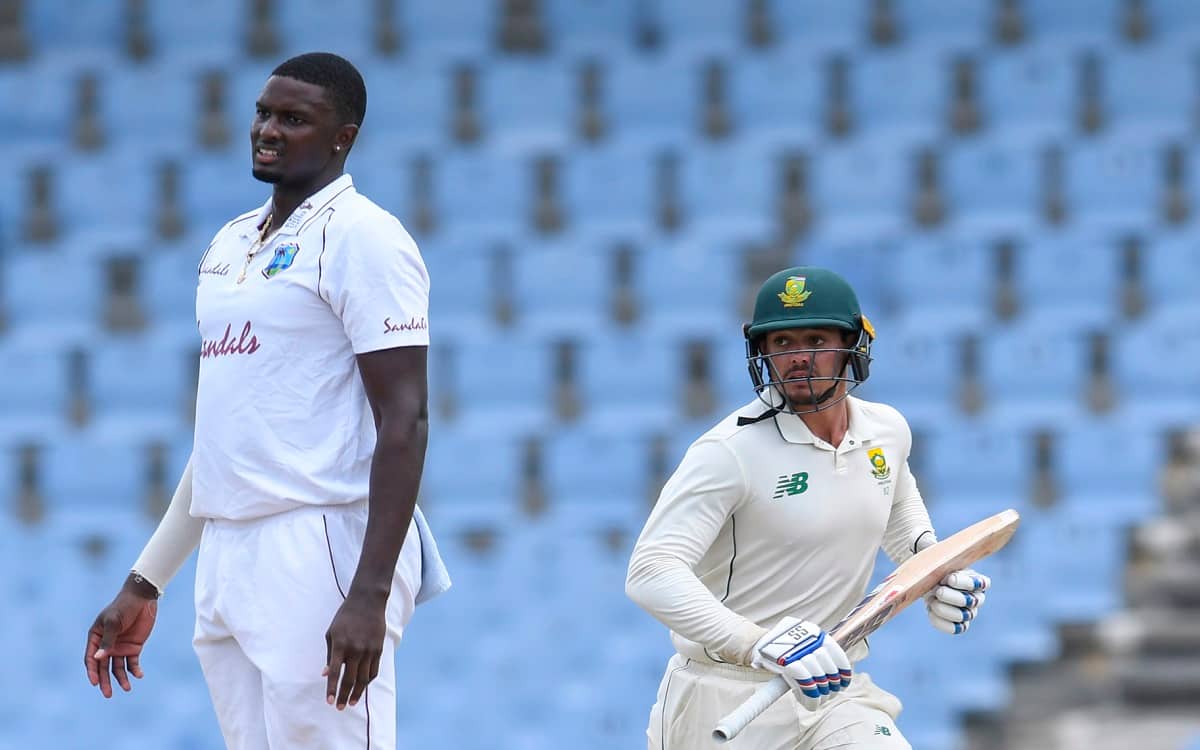 Having struggled in his previous four Test matches with the burden of captaincy, De Kock seemed more at ease without that responsibility in reaching 44 not out at the interval.

He will resume in the afternoon session with all-rounder Wiaan Mulder (21 not out), the pair having added 43 runs so far for the sixth wicket in extending their team's lead after the hosts were bowled out for 97 on the first day.

West Indies' only success in the first two hours' play in the day came at the midway point when former captain Jason Holder induced an outside edge from the bat of Rassie van der Dussen and Shai Hope held the catch at gully to end the right-hander's innings at 46.

He had resumed overnight in partnership with de Kock and watched from the non-striker's end as his partner got his team off to an ideal start from the close of play position of 128 for four on day one.